On the tenth day of Christmas, Best For Film gave to me… 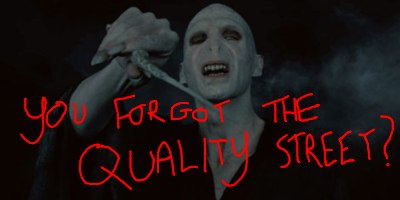 Dear old Tom Riddle only squeaked onto the list because the Christmas season is traditionally one that discriminates against snake-faced evil wizards, and we love tolerance here at Best For Film. Anyway, we feel sorry for anyone whose middle name is so transparently contrived to provide good anagram fodder, Really, JK – was Marvolo the best you could do? What about ‘Voloram’ or ‘Loormav’ or ‘Rmvlooa’? We just don’t think you were trying, which is why we haven’t bought anyone your new ‘look, I can write for grown-ups too!’ book for Christmas. ANYWAY, Voldemort. He’s a lord. Let’s keep going before we just crack up. 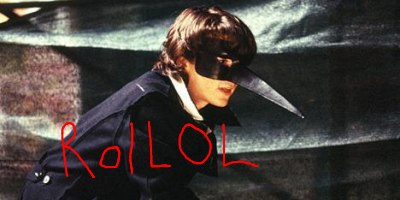 Has anyone else ever seen this film? Based on a frankly fucking mental German children’s book in which some orphans wander round Venice stealing parts of an enchanted merry-go-round, its major claims to fame are that it stars a pre-fame Aaron Johnson and a decidedly post-fame Alexei Sayle as, respectively, Prosper the orphan and Barbarossa the fence. Oddly, the actor who played ‘Thief Lord’ Scipio only had one other title role, in 2000’s The Little Vampire. Which is ALSO adapted from a mental German children’s book. What’s your game, Rollo Weeks? (Also, his name is ROLLO! Free Christmas present for you there.) 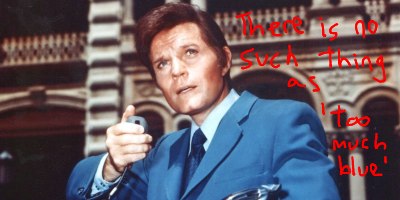 Best known for playing Liet. McGarrett in long-running cop show Hawaii Five-O, Jack Lord also made plenty of trips to Hollywood – most notably playing the first incarnation of James Bond’s CIA contact Felix Leiter in Dr No. But the greatest role he never played? Captain Kirk. When Jeffrey ‘King of Kings’ Hunter was fired from the original Star Trek pilot along with his character Christopher Pike, Lord was offered the new role of James Tiberius Kirk but reportedly demanded 50% ownership of the show. William Shatner got the part instead… and he’s still alive, Jack Lord, so who’s laughing now? 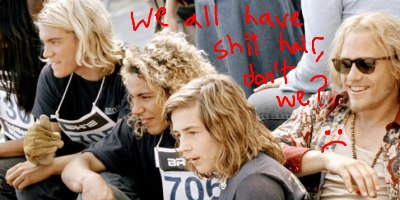 Arguably the highlight of Emile Hirsch’s singularly undistinguished career, Lords of Dogtown starred Heath Ledger (pbuh) as a Los Angeles surfer who brings the intricacies of his sport onto the land when polyurethane wheels revolutionise skateboarding. Featuring appearances from Johnny Knoxville, Tony Hawk, the legendary Mitch Hedberg and (inexplicably) Jeremy Renner, Lords of Dogtown is required watching for anyone with no interest in skating – that way, when you run into someone who still skates despite it not being 2003 any more you can at least engage with them. If you want to, that is. 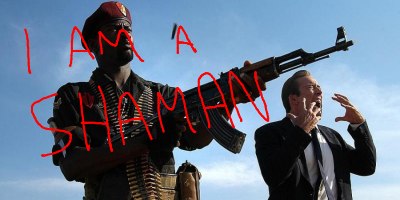 Our long-standing hatred of Nicolas Cage notwithstanding, Lord of War actually has its moments. Unfortunately, virtually all of them are in the ‘Life of a Bullet’ title sequence, which is conspicuously free of a) Nic, b) Jared Leto, c) Ethan Hawke and d) any mention of Interpol, the single most dated organisation since SPECTRE. There’s only one Merchant of Death, Cage, and it’s Tony Stark pre-epiphany – nobody wants to buy your nasty Uzis or your nasty cocaine, and we’re pretty sure you picked up a dose in that weird Liberia-esque place. Go and negotiate with some crooked Soviet generals and leave us be, why don’t you? 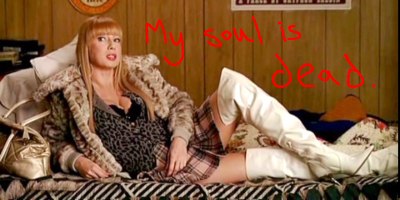 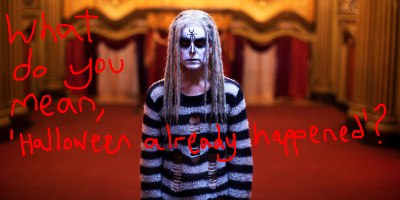 This film won’t even be out until next year, but it’s made it onto the list because everyone says it’s the best thing Rob Zombie has ever done – not particularly difficult, admittedly, but we’re trying to be optimistic here. A mysterious record by the ‘Lords of Salem’ is received well by listeners of a Massachusetts radio station, and when the broadcast team organise a concert they assume the band will be showing up. The Lords are certainly planning to attend… but they’re not ‘a rock band’ so much as ‘a coven of ancient witches’. You can probably guess the rest, although there’s likely to be more blood than you can physically imagine. 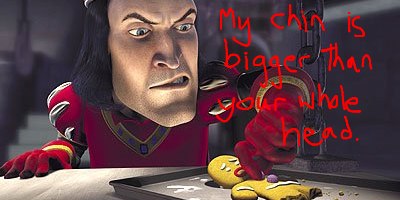 We know, we know, we never shut up about how much we love John Lithgow. But has his career ever known a finer moment than the scene in which Shrek’s Lord Farquaad tortures the gingerbread man? We’re not going to say any more, we just want you to watch this baffling home-made video straight away and see how many times you can say ‘Farquaad’ before you collapse giggling. Just as well he never managed to marry Princess Fiona – there’s no room for kings on this list. 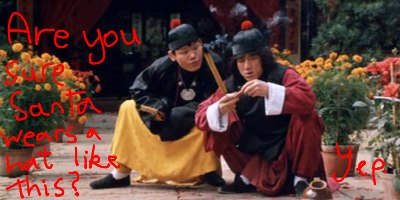 If we’re honest – because at Christmas you tell the truth – we don’t really care about Jackie Chan’s Dragon Lord, even if it did inspire Shaolin Soccer. What we do care about is having an excuse to show you, for the last time in 2012, the single best music video of all time. Jackie, do you by any chance have your revolting yellow jacket clean? Oh, you do? Fantastic – see you in the studio. 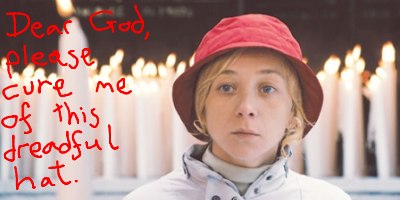 Well, isn’t some of this nonsense supposed to be about Jesus and that? Lourdes is probably our favourite religious film because it leaves everyone happy – if you go into it believing in miracles and apparitions and so on then you’ll come out even more secure in your mad beliefs, but if you watch with a critical eye you’ll see not an affirmation of faith but a subtle undermining of it. It’s quite a lot like Life of Brian in that regard, but there are fewer characters played by John Cleese. Hang on, surely that’s a bad thing? This is bullshit. Lourdes, you’re bullshit.