On the fifth day of Christmas, Best For Film gave to me… 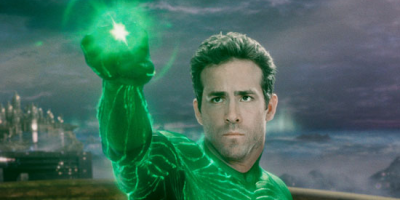 Yes, we know, Green Lantern sucks, but his stupid magic ring gives us a chance to think about Ryan Reynolds. Not that we needed the excuse of course. In Green Lantern, Hal Jordan… you know what? Fuck it. We’re done talking about that film. Here’s some shirtless Ryan Reynolds instead. Just promise us to think about rings while you watch this video: 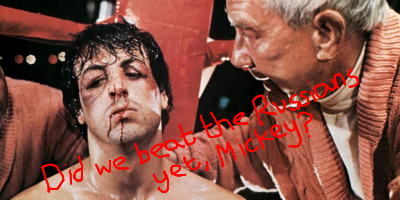 Look, there’s a ring. Rocky’s getting his ass kicked in it. We may be playing fast and loose with semantics, but you can’t deny that the ring in Rocky is one of the most iconic in cinema history. Rocky was actually based on a true story, an exhibition match between Muhammad Ali (in his prime and ready to kill) and Chuck Wepner (fat, retired, probably smelled bad too) at Richfield Coliseum in Richfield, Ohio in 1975. Wepner was expected to go down in the first or second rounds to one of the greatest boxers of all time, but he was only TKO’d in the 15th round, thus providing the inspiration for Rocky.

What Rockys II – VI were based on is anyone’s guess. We don’t remember the cold war being ended by someone punching Dolph Lundgren in the face – all that would have done is get him mad, thus starting World War III. Whatever, all we know is that this boxing ring has given us the only Rocky we care to know! 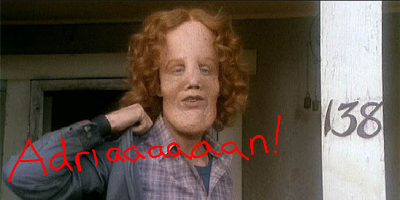 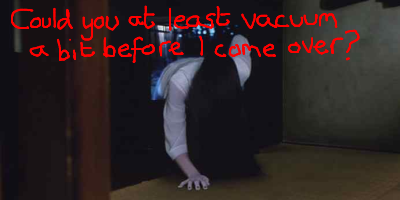 No, not that crappy American remake, the original Japanese Ringu! However hackneyed and prevalent J-horror techniques have become in American horror films of late, we can at least appreciate the piece of art that started the whole “creepy little girl with dark hair” phenomenon. Ringu is still a terrifying film to watch. What warped and masochistic mind could have envisioned something so horrific that it could crawl right out of the TV and into our hearts. We love you too, wet goth kid. Come give us a hug. 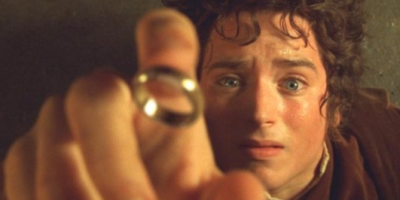 What list of gold rings would be complete without the One Ring. This particular ring grants the power of invisibility and briefly paints a big sign right above your head which reads “Yo Nazgûl. Shorty’s right here”. Of course there was somewhat more than just the 5 gold rings we demand for our Christmas celebrations:

Three Rings for the Elven-kings under the sky,
Seven for the Dwarf-lords in their halls of stone,
Nine for Mortal Men doomed to die,
One for the Dark Lord on his dark throne
In the Land of Mordor where the Shadows lie.

Count ’em. That’s 20 rings. Why a Dark Lord would have a dark throne is a bit odd – you need to stand out if you’re going to be a demonic overlord of Middle Earth, take it from us, and darkness sitting on darkness isn’t going to impress anybody. Considering the immense power of the One Ring, you might be surprised to discover that you, too, can be a proud bearer of the font of Sauron’s power, for only £19.99! If your immortal soul is consumed by this product no refunds will be given.

BAM! Surprise ending! Bet you weren’t expecting THAT one, eh? The Black Death is BFF’s no. 1 Gold Ring because of the nursery rhyme Ring Around The Rosie, which is allegedly about the plague that wiped out a third of Europe in the middle ages. In The Black Death clip above, Andy Nyman is brutally murdered by Lord Percy Percy (Tim McInnerny) in the least funny episode of Blackadder ever, but this is actually one of the friendlier expirations in the film. Even what happens to Sean Bean (it involves quartering) was a better death than what you could expect if the plague got you.

Here is a lovely Christmas present from all of us here at BFF – the symptoms of someone stricken with the bubonic plague;

-High fever
-Delirium
-Copious vomiting
-Excruciating muscular pains
-Painful swellings (buboes) of the lymph nodes in the armpits, legs, neck, or groin. They were first red, then turned a dark purple or black
-Bleeding in the lungs
-Mental disorientation (that one actually sounds rather fun)
-An overwhelming desire to sleep, which, if yielded to, quickly proved fatal
-Death within 2 to 4 days of contracting the disease 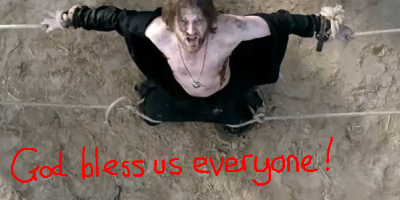