Sitting in Notting Hill’s Coronet cinema is a pleasure at the best of times, but the experience is made all the more enjoyable when you discover something new about the venue’s fascinating history. “This cinema,” recalls leading independent filmmaker Horace Ové during an onstage Q&A session, “held the first UK screening of my first feature film, Pressure.” A relatively small detail, perhaps, but with the film having previously been banned for two years in Britain, its release has now become seen as a major event.

Directed by Ové, 1975’s Pressure was one of the UK’s first full-length black feature films made by a black director. Openly critical of the Britain during what were very sensitive times, Ové’s work was a brave one, portraying not only a corrupt and casually racist society, but also being simulataneously critical of the divided black response. As film historian and festival compere Kunle Olulode notes, “for a lot of young black people growing up in the 1980s, Pressure may have been the first British independent film they saw. It was a landmark” – and a vital one too.

With the film being set in Ladbroke Grove, Pressure was the first black directed addition to a string of classic race relation narratives set in the West London area. These included Basil Dearden’s Sapphire and Roy Barker’s Flame in the Streets, both of which were released almost immediately following 1959’s Notting Hill riots. Best of the West was organised as a part of the Across the Street, Around the World Festival in order to celebrate the location’s great filmmaking history and the important role it has played in the progression of black British representation. With Trinidadian born Ové having spent much of his life in the area, it seemed all too fitting to mark the occasion with a screening of one of his films and – with Pressure already enjoying a recent 35th Anniversary revival – that honour fell to another, albeit more minor classic; Ové’s 1987 TV comedy, Playing Away.

Connecting its West London director to one of the city’s other most flourishing black populations, the film tells of Brixton based cricket team, the Caribbean Conquistadors, who are invited to compete against residents in the small (and fictional) English village of Sneddington. Though possessing its fair share of stereotypes (close to every male villager is uptight, usually sporting both a moustache and a plummy accent, whilst the black characters are almost uniformly laid back), Playing Away is at its best when presenting viewers with the interesting dynamics that lay in between.

One example of this comes in the form of the village’s more “radical” residents. Dressed in torn jeans and sitting outside pubs on top of their Starsky & Hutch inspired car, these small town rockers at first seem like the more progressive and free spirited of the town’s occupants. Yet their darker side soon manifests itself when they become jealous of the attention given to their black visitors by a pair of Sneddington’s young female residents. Their reaction – to pursue one of their guests’ feminine number, whether she likes it or not – is one of the film’s darkest moments.

Then there are the issues surrounding the character of Jeff. One of the Brixton cricketers, Jeff is the only man amongst them involved in an interracial relationship, prompting poorly considered jokes from his friends that being henpecked by his wife can be seen as a form of “slavery”. When Jeff later seems to decide that he, in the words of one player, “doesn’t seem to want to be around black folks no more”, it is left somewhat ambiguous as to who’s reaction was the one most at fault. Yet the film’s outlook is perhaps summed up best by its bookending speeches, as provided by Mrs Marjorie Matthews (Helen Lindsay), the well-to-do lady of the community responsible for organising the match in the first place. A gentle, liberal thinker, Marjorie tries her very best to make the visiting cricketers feel comfortable in her village’s countryside environment. Despite her best intentions, however, Marjorie is also comically ill-informed, initially inviting the West Indian descended London dwellers as a part of Sneddingon’s “Third World Week”. In modern times it can sometimes be misapprehension, rather than deliberate prejudice, that blights interaction between races.

Both amusing and thought provoking, then, Playing Away takes a look at the ups and downs of British race relations, showcasing the underlying issues that have stood in the way of complete assimilation. The film’s credibility is assisted by a cast of recognisable faces, with Ové providing a major stepping stone for many actors – both black and white alike – who were then relative unknowns. Desmonds star Norman Beaton takes up a central role, with EastEnders actors Ross Kemp and Gary Beadle also both getting their starts here. Meanwhile, a young Neil Morrissey leads the village rockers and Joseph Marcell – now best remembered as Geoffrey from The Fresh Prince of Bel-Air – puts in an appearance as one of the Conquistadors’ senior members.

When the screening finishes, young West London filmmaker Kolton Lee (Freestyle, see trailer above) joins Ové onstage. “The most impressive thing about Playing Away,” Lee expresses, “is how fresh and progressive it still feels. I think a lot of the issues it deals with a still relevant now.” But with a debate having been held at the Coronet just one week before that lamented the current state of black British cinema, has something since gone wrong? “It’s a real shame that young black filmmakers today aren’t dealing with those types of issues as much anymore,” Lee continues, “We see a lot of films about gun crime, people on drugs, or people in the music business, but we don’t have many films that look in any serious way at what’s happening in British culture at the moment.”

So why the change? With West London in particular previously offering such a rich tapestry of filmmaking, why has the range of black cinema now become so limited? “I think when Horace was at his peak, there was a different attitude to how films were financed,” Lee confides, “The idea was to encourage diversity, whereas now the attitude is to take less risks. The truth is, if you’re not making a Richard Curtis romantic comedy, it can sometimes be very difficult to get anything moving.” Such a frugal approach to filmmaking may have hit black British cinema with a low point, but by focusing on successes of the past the Best of the West demonstrates that all is not lost. “We have to look beyond the whole colour thing,” Ové comments, “This business shouldn’t be about race, it should be about your ability to make films.” It’s reassuring to know that he has already demonstrated his.

Previous: Black Swan
Next: The Kids Are All Right 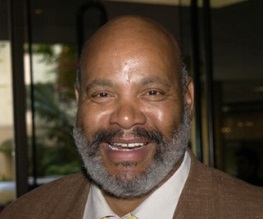 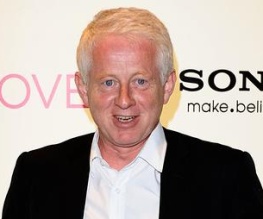