Asking a movie fan to pick a favourite film is a more difficult choice than the one the Nazis forced Sophie to make. There are so many films out there that I would consider to be my babies even though I had no hand in making them whatsoever. By merely sitting in the cinema or on my sofa at home I have fulfilled any film’s potential…by being entertained. How then do you select just one? Jurassic Park? Beauty and the Beast? These are all great films but did they make it onto my personal statement when I applied to university? Oh no, no, no… That is reserved for one, very, very special masterpiece. Why do you want to study Egyptology and the Ancient Near East at the University of Oxford? I really like the film The Mummy. (True Story).

I didn’t get in. Perhaps the powers that be at Oxford just weren’t aware of how fantastic The Mummy really is. In case you too aren’t aware, let me enlighten you now. 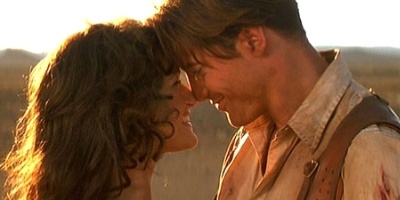 In 1923, a group of treasure hunters led by ex foreign legion gunfighter, Rick O’Connell (Brendan Fraser) stumble upon a tomb at Hamunaptra. Inside this tomb the group finds the body of Imhotep (Arnold Vosloo), Pharoah Seti’s high-priest and lover to Seti’s mistress, Anck-su-Namun. One night however, librarian Evelyn (Rachel Weisz) accidentally brings Imhotep back to life who brings with him the ten plagues of Egypt, wreaking havoc on the world. Evelyn along with her brother Jonathan (John Hannah) and Rick must stop Imhotep before it is too late.

Ok, so there are obviously some plot points in the film which don’t make a whole lot of sense and historical accuracy must have been having an off day when the writers got together, but really none of that matters to me. Whenever I watch The Mummy I am reminded of why I love it so much. It is the sense of mystery and magic it manages to create about the ancient world that gets me every time. After I saw this for the first time in the cinema aged thirteen, I decided to teach myself all about ancient history and even learn how to read basic hieroglyphics. Yes, that makes me pretty nerdy but I wanted so badly for the magical elements of this to be real and to go into the British Museum, discover some ancient curse, and have an adventure of my very own… 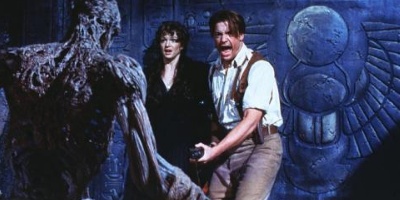 It never happened. But still to this day when I lurk about the corridors of the museum, I think about The Mummy and the joy and wonder it created in me. We all want history to be full of real curses and adventures but sadly pouring over dusty old textbooks at school was never quite so much fun. But that is exactly what The Mummy is. Fun! It creates a world so tantalisingly close to our own (the history, the artefacts) that you go along with it. Wishing all the time that you too could do archaeology the Rick O’Connell way, swinging into temples and shooting off rounds of ammo at the undead. The Mummy looks beautiful, conjuring up a shimmering, ancient Egypt and endless winding tombs of Hamunaptra which were in fact all created on a sound stage in Shepperton Studio. It is old-fashioned movie making using real craft rather than just relying entirely on CGI to create what we see on screen. 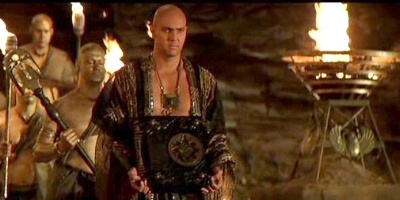 The Mummy is also genuinely quite scary, especially in the opening fifteen minutes where we see Imphotep and his priests being mummified alive. It keeps this element of tension and suspense pulsing all the way through, never suffering from a lull or pause in the action. Yet at the same time it doesn’t feel relentlessly in your face. Time is given for characters to discuss the story and even to develop their roles properly, which is a real rarity in other films of this ilk. What’s more, the characters are all genuinely likeable and although they might be a little bit cookie cutter (the gallant hero, the bumbling sidekick, the slimy traitor) with the quick, punchy dialogue they are elevated from trite to terrific. This is very true of the film’s heroine Evelyn. Weisz gives the character a dynamism revealing a character who is not merely a damsel in distress (although so does need a bit of saving) but one who you can actually look up to for being brave and clever.

Brendan Fraser and John Hannah do get a lot of the funniest dialogue, but it is Weisz who is the most memorable with one of the all time greatest lines in cinema: “Look, I… I may not be an explorer, or an adventurer, or a treasure-seeker, or a gunfighter, Mr. O’Connell, but I am proud of what I am. I…am a librarian.” If all librarians were like Evelyn then perhaps I wouldn’t have been the only kid sitting alone in my school library’s ancient history section every lunchtime. 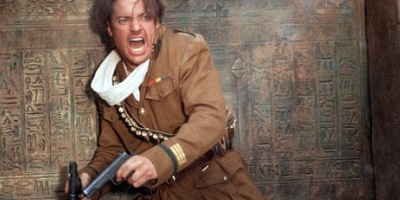 Sure, the sets wobble a bit if you look really hard and yes, perhaps the plot is a bit silly, but tell me honestly what action film isn’t? The Mummy is beautifully shot, incredibly well acted and it has an epic musical score by Jerry Goldsmith that can rival any Zimmer soundtrack you pick. If you haven’t seen it then I urge you to, and if you judged it harshly the first time around then please give it another go. You will not be disappointed. “Take that, Bembridge Scholars!”
http://credit-n.ru/zaymi-listing.html http://credit-n.ru/offers-zaim/zaymer-online-zaymi.html