Sir Ian McKellen has been a staple in British theatre and television since he was a young man, but he has only really been a presence in Hollywood since the mid 90s. He has always had a rather funereal air about him, which probably explains why his first big role was playing Death himself, alongside Arnold Schwarzenegger in the rather brilliant The Last Action Hero. It is from his role as Magneto in X-Men that the Great Unwashed first sat up bolt-right and asked “who is this absolute gem of a human being?” Ian McKellen brought an amazing aura of dignity, sadness and righteous anger to the comic book character, and it firmly cemented himself as a mainstay of Hollywood. 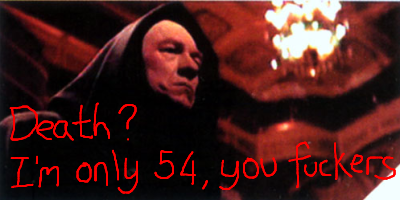 Perhaps even greater than his role as Magneto (who would have thought that possible?) was as Gandalf in The Lord of the Rings. Being the warm assurance of the films, his performance of the old wizard is possibly one of the most recognisable and respected in all of cinema history. He has had a close association with the comedic, circular and ultimately pointless play Waiting For Godot for decades, but his most recent stint alongside fellow X-Man Patrick Stewart was particularly well-received. 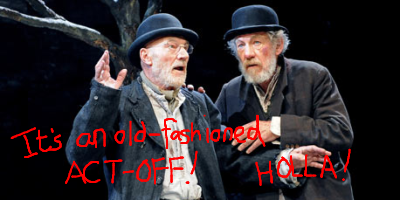 Ian McKellen has never let success in the big leaugues detract from his real passions. He continues to perform on stage every year and promotes the arts and gay rights at every opportunity. He has most recently been in The Hobbit: An Unexpected Journey, and we thoroughly enjoyed his nuanced performance. With two further films in The Hobbit trilogy to go, we have a lot of Ian McKellen coming our way, and we couldn’t be happier! To think, he thought about not coming back as Gandalf for The Hobbit! Unthinkable!

Let’s look back at the most memorable moment of Ian McKellen’s career:

Although he had known about his sexuality from a young age, he felt no need to come out publicly until 1988. When Margaret Thatcher, in her infinite wisdom, tried to pass the monstrous section 28 legislation through the House of Parliament (it would have made “public promotion of homosexuality” a crime), Ian McKellen went on BBC Radio 4 to defend the rights of the homosexual community. He has been an active campaigner for LGBT rights ever since. 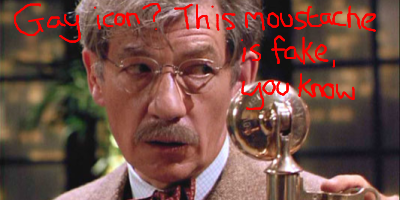 When he hosted the news-themed comedy panel show Have I Got News For You in 2003, Ian McKellen revealed that he visited the Environment Secretary Michael Howard to ask him to change his position on the Section 8 legislation (he was a firm backer of Margret Thatcher’s homophobic policies). Howard reportedly refused to do so, but asked Sir Ian to sign an autograph for his children. Ian McKellen did so, but wrote “Fuck off, I’m gay”. WHAT A BURN! Take THAT Michael Howard!

Ian McKellen has always taken jobs that most other actors of his callibre would think twice about, but if he didn’t, we wouldn’t have had Gandalf playing a vampire in the music video of Heart from The Pet Shop Boys:

“Acting is no longer about lying. It’s now about revealing the truth. People are at ease with me now. Honesty is the best policy.”

“Ian McKellen has possibly the keenest insight into the mind of the Bard than anyone alive. His intimate knowledge of Hamlet reflects a deep understanding of human nature and THE LAWS OF THE UNIVERSE.”

“YOU SHALL NOT PASS without the proper invitation, Sir Ian.”

Is there anything that Ian McKellen can’t do? In an era when any old sod can become a Hollywood A-lister, Sir Ian brings austerity, grandeur and credentials longer than his fine and mighty schnoz. His appearance in a film makes all events revolve around his performance. Other actors actually seem better in his presence, he drags everyone up. May the great reign of Ian McKellen last 1000 years! He’s also a bit of a grey fox. We’ll leave you with a youthful Sir Ian, before he braved the mines of Moria or declared war against the humans. 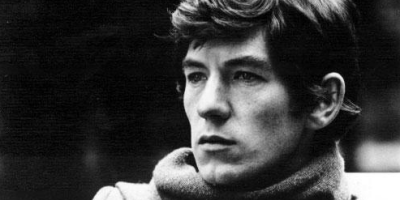 Anything we need to know about Sir Gandalf? Let us know below!