These have been a bumper few days for you, film fans. Not only have we recently bestowed you with an incredibly detailed reason as to why The Mummy is one of the best films ever made, you now get to have a bespoke drinking game to see you through another sad, Friday night in. Are you a bit rusty on your Setis, Amuns and Ramseses (try saying that after you’ve had a few) then this game is probably not going to help you very much… In fact it might seriously destroy some synapses. Still game? Then get pouring. 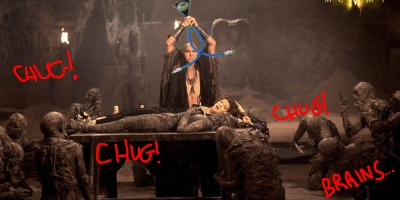 Every time you see a Scarab beetle
This one should be enough to give you cirrhosis all by itself. Luckily for you the Ancient Egyptians removed the liver after you died so you can get a clean start in the afterlife. Which is good because we hear that Anubis loves an all night bender.

Whenever someone says Anck-Su-Namun
And weep at the fact that they spelled her name wrong. What’s wrong with you, researchers? Also turn to the person next to you, say ‘Anck-Su-Namun’ in a deep husky voice and start rubbing them all over. Make sure you know this person quite well or you may find yourself with a bit of a restraining order…

When you see Rick O’Connell cock his gun
He’s a dude trying to impress a lady waaaaay outta his league. It happens a lot. 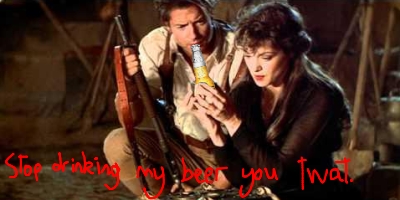 Whenever you see a chest, jar or book
Evelyn manages to destroy an entire library in the first fifteen minutes of the film. Get drinking. “There is a curse upon this chest”. Get drinking. The Book of the Dead will also make a pretty hefty appearance. You have been warned. There is also a bit where Evelyn wears a see through top and you can see her chest. Definitely get drinking then.

Every time you hear the words Egypt, Egyptian or someone speaks in ancient “Egyptian”
The ancient Egyptian stuff is a bit dubious. At one point Anck-Su-Namun (drink) tells Imhotep to leave, but actually says ‘BE GONE’ in an exotic way. We’re not sure that’s proper but whatever, drink away.

When a mummy dies
This should get you nicely lubricated right at the end. Why not have another fondle of your drinking buddy whilst you’re at it. Neither of you will remember it tomorrow… 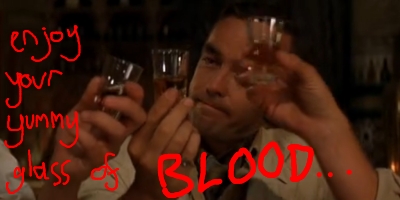 Each time Evelyn talks about history or mythology
And say ‘no way, you’re having a laugh, woman!’ incredulously afterwards. It’s all true. Every. Single. Word. (Well, we like to think so at least…)

For each of the 10 plagues of Egypt
Actually we think they only do a few of them so you’re in luck.

DEATH IS ONLY THE BLOODY BEGINNING!!!

Immortal line of cinema said by an actual immortal! Finish off your drink and laugh right in death’s face! Neck your drink each time you hear this and live forever. Also make growling mummy noises à la Imhotep and gargle your booze a bit. This is what we imagine the Foley artists did.

Feel like a bit of a lie down in a sarcophagus now? See you Monday!