In celebration of the release of Rian Johnson’s Looper – which is having praise heaped upon on it from all quarters – we wanted to take a look at the many, many time-travel based movies there have been. And what better way to celebrate this quirky sub-genre than by letting its many eccentricities and foibles get you blind, steaming drunk? Ladies and Gentlemen; the Time-Travel Drinking Game. 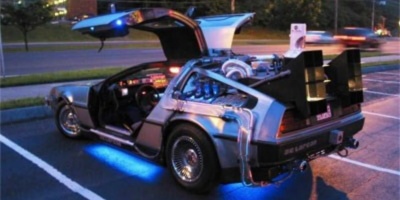 Every time somebody travels through time

Come on, you read the title, right? Every time someone moves from one time-period to another – even if it’s just a few seconds – take a sip; one for each person who travels.

Every time actions in the past affect the future

You know how it is; a quick jaunt to the past to catch a glimpse of a Stegosaurus, only to return to the present and find that the death of the itty–bitty-little mosquito you swatted away has altered the timeline and turned everyone you love into freakish lizard-monsters. Take a drink for every lapse into carelessness.

You know how it is; a quick jaunt to the past in which nothing you do affects anything else, because, well, it’s already a part of the timeline, so how can anything change? It already happened! A drink every time it’s made clear that this is the “whatever happened, happened” time-logic at play.

A double-drink for every time their messing up the past is part of the fixed timeline. We’re looking at you, here, Bruce Willis in Twelve Monkeys. 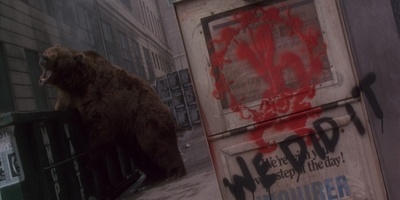 A DeLorean? A police-box? A hot-tub?! Those aren’t for time-travelling! Those are for driving, and reporting crimes, and for hot-tubbing! Drink every time a time-machine of this ilk is used.

Every time somebody encounters their future/past self

With the infinite realms of time to explore, why is it we can’t help but interfering with our younger/future selves? Are we so self-centred? Nobody else in the history of the world seems interesting enough to meet? There’s THE WHOLE OF TIME at your fingertips and all we want to do is talk to OURSELVES? Poor show. Really. Sometimes, of course, it can’t be helped, but whatever, drink either way.

Every time somebody crosses their own timeline

This might seem like the same as the above, but it’s not, alright? That was about characters interacting with themselves; this is when they endeavour NOT to interact with themselves. Think Harry and Hermione watching themselves from Hagrid’s pumpkin patch, or that Spanish guy in Timecrimes who went to such pains to avoid his past and future selves seeing him. Drink every time they cross. 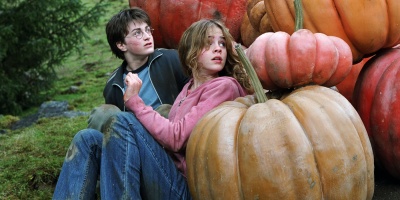 Every time somebody gets caught in a time-loop

Every now and then, time-travel goes wrong, and no matter how many times you go back to try and fix things, it just doesn’t work. Like – again – that poor bastard from Timecrimes, who ends up stuck in an inescapable time-loop, making things exponentially worse for himself with each journey back. Or Melissa George becoming increasingly frayed in Triangle. Drinks every time someone can’t escape it. 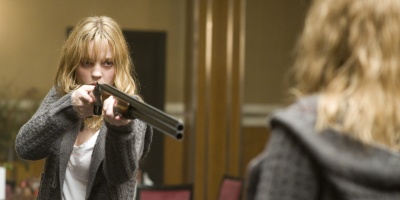 Because this will always happen. There will always a moment where the plot stops, and someone explains the rules for the characters and the audience. There’s also the reverse, where the film raises the question of rules, but the answer is waved away because the film can’t be bothered, and everyone just carries on regardless. Drink when either happens.

DOWN IT! DRINK YOURSELF OUT OF TIME AND SPACE

You’ve probably got a headache already, so you might as well down the lot. If you happen to be watching Primer, this rule is multiplied to drinking your entire liquor cabinet. Because nobody knows what the fuck is going on in Primer.