Magpie tells the story of an absentee father, Tony (Craig Russell), who turns up at the funeral of his nine-year-old son and ends up absconding with the coffin, along with best mates Phil (Phil Deguara) and Craig (Alastair Kirton) and the boy’s grieving mother Emily (Daisy Aitkens). The rest of the film charts a journey – both emotional and literal – that the four go on in an attempt to escape, to forgive and to find closure. It’s a quiet, thoughtful tale examining familiar ideas – how we process a loss and decide to go on living – but Magpie has a few twists up its sleeve and bears a deftness of touch that imbues its small story with a great deal of poignancy.

Swansea native Price – now 33 and based in London – describes how his film explores our human tendency to try and run from the key moments in life. “I guess there’s something allegorical in a failed father grabbing the symbol of his failure and running away with it,” he muses, adding thoughtfully, “There’s a part of me terrified that I’ll be a lousy dad. I don’t have a child yet, but my projected paranoia is that I’d screw it all up.”

Price is evidently a filmmaker who pours a great deal of himself into his work. “It’s important that the films I make are personal. I think that’s what keeps everything interesting,” he states confidently. Certainly, Magpie is a film that feels personal, largely due to Price’s keen observation of the details of everyday life. Whether it’s a vase of dead lilies or a moment of misjudged and quickly checked laughter at the dead boy’s wake; the greasy hair and blemished complexion of the binge-drinking Tony; or Craig’s realistically battered Astra, Magpie is a film built upon the small flourishes, without which the world of the story would quickly fall apart.

There’s also a winning authenticity to the interactions between the four leads. The exchanges between Kirton and Deguara largely supply the laughs, while the excellent Aitkens turns in a heartbreakingly stoic performance as the grieving Emily. Price himself describes his favourite moments in the film as those that “zig-zag between drama, anguish and humour” claiming his intention behind the emotional sequences was to imitate the experience of watching a couple argue in public. “As a spectator we don’t have any emotional investment in their plight and often this sort of thing is funny,” he explains. “We’ve been in that situation but despite being able to relate, we tend to chuckle.” 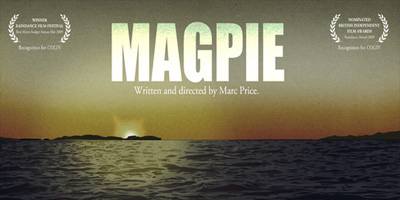 Price not only writes and directs, but produces, films and edits his work. Unsurprisingly, he names Shane Meadows and Peter Jackson as two of his greatest filmmaking influences – Meadows wrote, directed, filmed, edited and starred in his first short Where’s the Money, Ronnie? while Jackson is famed for his innovative early work. “I’ve always loved Meadows and Jackson for the way they started out,” says Price. “Finding ways to get their films made through any means necessary.”

Price himself clearly possesses a steely streak when it comes to getting his films made. His planned follow-up to Colin had been a World War II creature movie by the name of Thunderchild, which was scrapped in favour of Magpie. “It was a situation where the resources became available to tell this story instead,” Price explains. “So I threw myself into Magpie very quickly.”

Although you might expect such determination to go hand in hand with an overabundance of self-confidence, Price possesses an appealing modesty. “Pretentiousness is always a worry of mine,” he quips, moving on to gush about his influences and generously praise the work of others. “I’m a big Star Trek nerd,” he admits freely, when I enquire about Magpie‘s ambiguous title. “When making Wrath of Khan the director Nicholas Meyer said that it was his job as story teller to provide the audience with questions, not answers.” Later, when I ask what his favourite film of the past year has been, he – somewhat surprisingly, given the nature of his own films – names Wreck-It Ralph. “It’s a great example of solid writing: great execution, tons of energy. It’s exactly the sort of film that should challenge and inspire a young audience whilst being enough fun to excite an adult audience.” 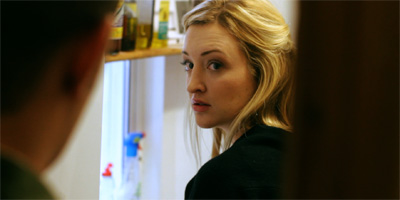 Price’s enthusiasm for cinema – and, perhaps more explicitly, engaging with and exciting his viewer – is tangible, not only in the way he talks about his inspirations but in the way he describes his motives behind Magpie. “I didn’t want to make a completely hopeless film about loss,” he is keen to explain. “It’s easy to make an audience feel like shit. I wanted there to be a sense that these characters would live on after the credits have started to roll. That an audience could take these guys home with them and see them safely to the end of their journey, whether that takes years or decades.”

We end with some advice for young filmmakers. “Make your own opportunities and find a way to make a film on your own terms,” Price advises. “The democratisation of film making technology means that anyone can give it a go. So be hard on yourselves and aim to make your film look like the real deal. Don’t feel like you’ve achieved something by just starting. The sense of achievement is finishing and watching that film with an audience who really dig your story and can lose themselves in it for ninety minutes.” 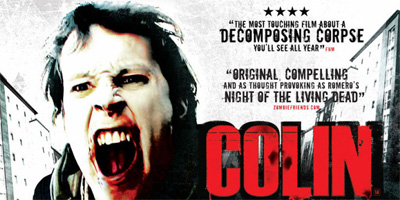 Above all, Marc Price is a filmmaker who exudes an infectious positivity when it comes to the filmmaking process, making it hard to see how he won’t go on to do great things. “I’ve got a lot of balls in the air at the moment,” he confesses excitedly. “I’ve been writing some new movie scripts and I’ve started a production company with a focus on low-budget genre films. The idea is to apply Roger Corman’s film making model to modern film making: embracing the low budget ethic rather than fighting it.”

With filmmakers like this around, it looks like low budget could be the future. But what’s next? Superhero epic for a tenner? We think Price might just be up to the task.

Previous: Baron Blood
Next: The Amazing Spider-Man 2 drops MJ like a hot plate