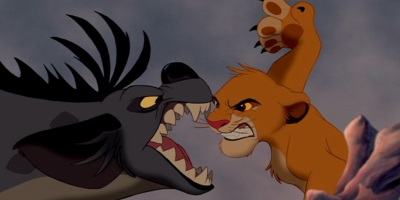 Seriously, guys, those things are top-notch. The Prince of Cambridge (this is going to get boring; we’re just going to call him Dwayne after the true prince of our hearts) hasn’t got claws – someone would have noticed, all we’ve seen of him yet are his wrinkly little hands. And due to the unexpected injection of non-haemophiliac commoner blood from his mum, odds are on he doesn’t even have the traditional inbred/lizardman webbed fingers common to the rest of the senior royals! Double fault, your highness.

#9 – He rules a proper country 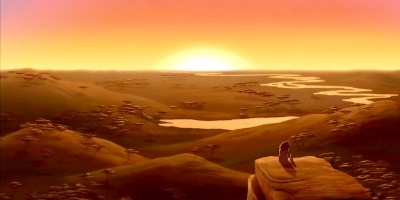 The Pride Lands is something to be proud of – elephants, water holes, weird little birds with the voice of Mr Bean, all that good stuff. Conversely, by the time Dwayne comes to the throne in fifty-odd years the United Kingdom of Great Britain and Northern Ireland will have been filleted down to the Home Counties and a bit of West London – Scotland’s the thin end of the wedge, once they get independence everyone will want in. The only upside to this situation is that losing East Anglia (which will be underwater before long anyway) will mean Dwayne isn’t really missing out by not having the ‘Windsor webs’. 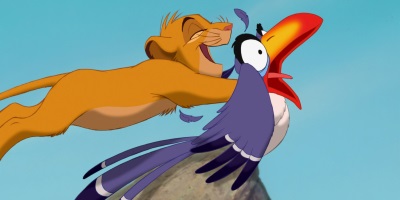 Before Prince Charles was born, royal children were largely tutored at one or other of their glorified council houses – but for the past fifty years even the heirs to the throne have been expected to slum it with kids who, in some shocking cases, don’t even have a courtesy title. Did Simba have to play Fives and toss off prefects at some awful boarding school for weak-chinned aristos? Nope, he charged around the Serengeti with Zazu and staked an early claim with Nala – mixed classes being just another benefit of Plains School. Good luck having literally any ability to coherently engage with women after fourteen years hanging out with dudes, Dwayne!

#7 – His uncle was cool evil, not weird evil 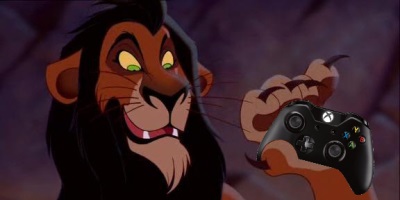 Okay, so Scar killed Mufasa and brought desolation (and hyenas) to Pride Rock and generally messed things up for everyone, but did he boast about how he was especially good at shooting Afghans because he’d played a lot of Xbox? A little perspective would be a good thing here. Plus he wasn’t ginger – everyone knows proper baddies have to have black hair (blonde at a push) – and he sounded a lot like Jeremy Irons.

#6 – He got the crown before he got his pension 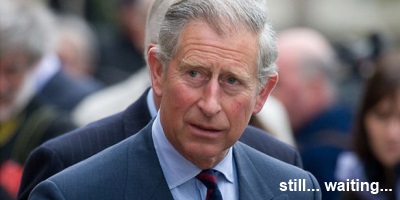 Regardless of whether or not Charles actually takes the throne when Liz clocks out, let’s assume that Prince William rules until he’s, say, eighty-five (which isn’t unrealistic, given that royals who don’t smoke or attract the attention of Prince Philip’s assassins tend to make it past 90). That takes us up to 2066, at which point I will be 77 years old and much more interested in how my dialysis is going than whether a bald man whose birth I vaguely remember has become King. Dwayne himself will be 53, which means that if he was from any one of fourteen different countries from Cameroon to Sierra Leone he’d statistically be dead already. Nobody wants to start a new job at 53, you’ve lost all your fire by then – the most he’s going to want to commit to is maybe bedding in some runner beans down the allotment. Simba was, like, three when he ascended to the throne. That’s the way to do it.

#5 – He actually has some friends 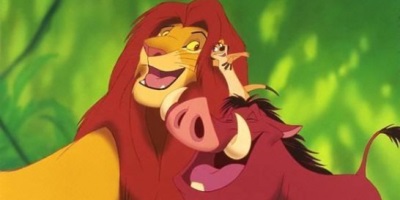 Who wouldn’t want Timon and Pumbaa as mates? They take it easy, eat a lot of insects and clearly chill with a massive doobie when the cameras aren’t on them. Meanwhile, Dwayne will pretty much never meet a human being who isn’t either a) his relative or b) hopelessly obsequious on the basis of his title, which he WOULDN’T EVEN HAVE if his great great grandfather hadn’t arbitrarily changed the law. It’s nothing on a BA, is my point – my gran couldn’t have got me one of them even if she’d wanted to! Or was alive. And he can forget any youthful forays into expanding his mind. “After the way your uncle turned out”, Kate will murmur, “we’d really rather you didn’t. And Daddy is head of the army.” 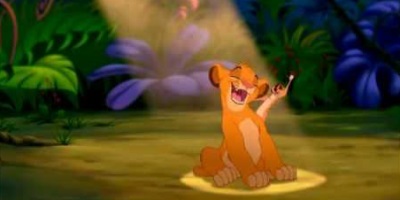 Do you think any of the royals can carry a tune in a gilded coach? Really? Prince Charles can’t even speak without sounding like he’s hiccuping from the bottom of a very deep bucket – the man is one long ecologically-sound-but-otherwise-mental advert for marrying out. If things dried up for Simba he could go on The Voice and enthral Will.i.am with his meltingly smooth tone, massive mane and ‘kooky’ tendency to talk to cloud formations; when the revolution comes, Prince Dwayne will end up hanging round Piccadilly with a sign that says ‘12.5% Queen’ and a hopeful smile.

#3 – He straight up got laid in a forest 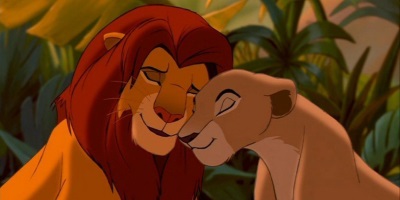 After the whole topless photo thing, do you really think Dwayne will ever be getting it on anywhere but a panic room? Forget about it. Meanwhile, Simba is so chilled out that he literally doesn’t have a house – the whole of Africa is his bedroom, and pretty much any quadruped he takes a shine to is his wife. Not that I’m saying he sticks to quadrupeds exclusively – remember when he was riding that ostrich in ‘I Just Can’t Wait To Be King’? I don’t judge, although if a Windsor was shagging a flightless bird I’d be the first to criticise. Why? Because none of them are MASSIVE LIONS.

#2 – He’s probably Aslan’s cousin or something 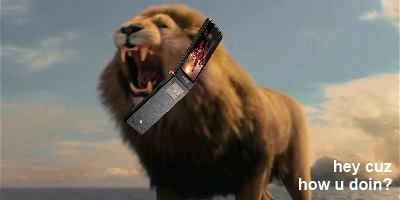 As far as we can make out, Dwayne’s major cousins at this stage are Savannah and Isla Phillips, the grandchildren of Princess Anne. One of them was recently given a Shetland pony – I don’t have a joke about that, it’s just the most interesting thing that’s ever been connected to them, and now they’ve been shunted even further down the line of succession it’s like to stay that way. Meanwhile, odds are on that Simba (Lion King, lest we forget, of the Pride Lands) is somehow related to Aslan, son of the Emperor-Beyond-The-Sea and Lion King of Narnia (and, based on our previous research, future Pope). Dwayne’s only real opportunity to improve his cousin portfolio will be when Harry has kids, which will clearly be a complete disaster.

#1 – Elton John gave a toss about him 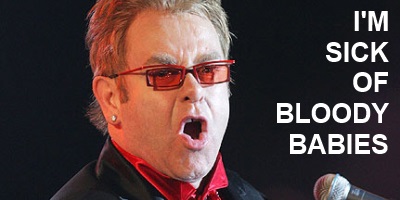 Did Elton write a mental song about leopards when you were born, Dwayne? Did he hell. “The Rocket Man rehashed a twenty-four year old song for my grandma’s funeral” is all very well, but it’s really not a patch on “My birth anthem is so bloody iconic it got ripped off by Green Wing“. I rest my case.

Why do YOU prefer Simba to Prince Dwayne? Let us know below!

Previous: X-Men: Days of Future Past gets two amazing mash-up posters
Next: WIN: a gorgeous Only God Forgives goodie bag