The best part of the Swedenborg International Short Film Festival was that you never knew what to expect next. Every one of the 9 short films screened was tremendously distinct from one another, to the extent that at first glance there seemed no cohesive theme tying the works together. The criteria for selecting the entries, as The Writing Of Stones director and festival judge Jeremy Millar said, was simply that the films made use of not only what was on screen, but also what was not. This was the strongest theme present in all the films, as every one employed the art of restraint, of allusion, of subtle suggestion, to fantastic effect. Esoteric it may be, but damn if it isn’t fascinating.

This 3 minute long film by Edwin Rostron was really rather brilliant, employing the recordings of Raymond Cass, a “researcher” of EVP, or Electronic Voice Phenomena. Although this phenomenon is almost entirely pseudo-scientific in nature, this doesn’t stop Of Unknown Origin being a short, sharp and beautifully eerie reflection of the insane whispers one can imagine hearing within white noise. It feels a little too brief, as the imagery in the film is so captivating that 3 minutes worth is just not enough.

A magnificent yet stark representation of the lives of the ghosts of London, Factory is a single-shot walk around a derelict factory warehouse that several people call home. The pace is methodical, with every movement of the camera feeling deliberate and meaningful. The framing of the inhabitants of the factory is wonderfully suggestive too, as the appear only from behind. The long shot is set to an interview of P. Sylva, a scavenging squatter, as he describes his tawdry existence, yet strangely makes it seem enviable in its minimalism. The interview essentially descends into Sylva and a friend singing over horrifically tuneless guitar strumming, which just adds to the ambiance of desolation and community in Factory. A fabulous piece of work.

Gun is set to the classic Gymnopedie No. 1 by Eric Satie, an instantly recognisable piece that romanticises whatever images accompany it, which in this case is an odd, juddery focus of three people shooting a pistol in a seemingly-remote location. As in Factory, none of the people in the piece show their faces, although in Gun this is due to quick cuts and ruthless editing. The combination is quite bizarre – soothing and wistful music, a group of people smiling and enjoying a shared (if peculiar) activity and the camera’s constant zooming and focusing on odd things, but it all works rather pleasantly. The camera seems to be searching for something, sometimes the gun, sometimes the bullet after it has been fired, but the overall feeling from Gun is a search for nostalgia. The memory of shooting a gun with your family appears to be a fond and personal memory for the director, and this translates well onto the screen.

A short film by Toby Tatum, The Subterraneans is a collection of lingering shots of haunting cave-like locations. The context of each scene is left unknown, with the audience left to identify if what they see is a recess, a cave, a crevasse, a forest undergrowth, a grotto or a grove, although this question quickly becomes meaningless. The ambient music creates an oddly foreboding atmosphere, and as you stare into the oblique darkness it feels as though Tatum is trying to say something profound. What that is, he has only suggested. The Subterraneans is a beautiful short film. 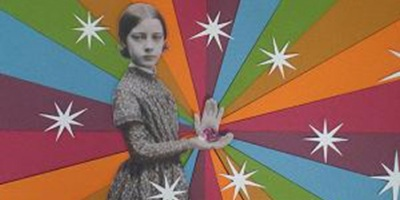 Translating as “End of the century”, Fin de Siècle is a stop-motion homage to the Victorian psyche, all made out of paper. It’s a little unnerving, as the Victorian preoccupation with death and spiritualism both play a large part of the film. As interesting as the piece is, it is perhaps a little devoid of emotion. The sound editing seems sub-par, compared to the exquisite attention to the audio that many of the other films in this screening has, but nevertheless it is an engrossing look into a repressed and wonderful period of British history.

The Hand In The Plastic Bag 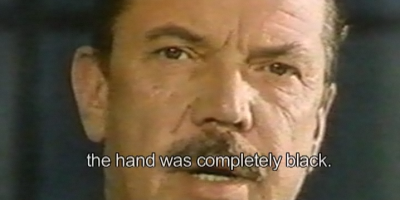 The Hand In The Plastic Bag tells a story of a deeply troubled individual who rotted his own hand off by means of a plastic bag and an elastic band on the wrist. Told via the medium of grainy interviews, the short is entirely mute with subtitles, except for some persistent yet barely-audible white noise. There is no context given of any kind for these interviews. Who these people are and what their relationship was with the unnamed hand-rotter (we’d like to think of him as Captain Hook) is left only to what you can interpret from their brief, silent reminiscences, and it. As you are watching, you are trying to piece together the life of an utterly unknowable mind through the stories of others, all against an irrepressible silence. Many moments are morbidly humorous, such as when Captain Hook’s former girlfriend, a pathological liar we are warned against in a previous interview snippet, appears on screen. Raucous laughter is inevitable, yet it is tinged with deep sympathy and disgust. This is a truly original piece, and it is really is wonderful.

From Here To Eternity 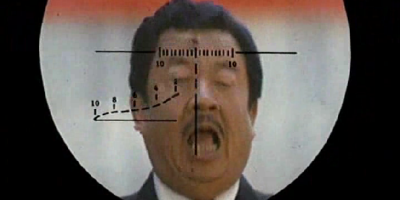 Possibly the highlight of the festival, this super-cut by Nettie Horn is a montage to the expression of death in cinema history. The film moves through distinct themes as it explores our collective thanatos, from ridiculous 1940s death beds to gory Asian blood explosions. As you’d expect from a film about death, a great deal of morbidity from the first minute, but little moments of inappropriate humour bring unbridled joy to all the pain of death. You’ll feel an odd sense of familiarity as the film goes, since many of the shots are so recognisable; Brad Pitt‘s ridiculous death in Meet Joe Black, or Heath Ledger weeping in Brokeback Mountain, or Jason Statham falling to his demise at the end of Crank – all create a morbid nostalgia you didn’t know you possessed. Since we are perfectly aware that no actual death is taking place, the constant depiction of death in cinema seems all at once absurd, hilarious and insensitive. That what you are seeing is entirely staged also feeds itself into the title of the film, From Here To Eternity, since the film ends up being an ode to immortality. The music choices are just right, and reflect the tone of each section perfectly. The editing is also spot on, and the effort required to source and cut all of these shots together stagger the mind. From Here To Eternity is a phenomenal piece of cinema, and best of all it is available here in its entirety! 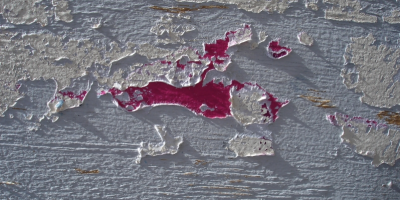 The screening of Freeze Frame did not go as smoothly as the rest of the festival, after both the DVD and the back-up DVD flickered and died. What was shown was lovely – beautiful and natural patterns in frozen water, set to chilling and unnerving music. Such was the peculiarity of all the previous films that, when the DVD ended up freezing, no one was entirely sure if this was part of the cinematic experience or not for at least 30 seconds. When it became apparent that this was a technical error, it really was rather unfortunate, as what was shown was captivating.

The honorable mention of the Swedenborg International Short Film Festival went deservedly to The Subterranean, although the No. 1 prize was inevitably handed to From here To Eternity. The quality of every single entry was astounding, and together they showcased a side to cinema that most people are never really exposed to. Most films intended for wide release have as much subtlety as a pub brawl in conveying complex ideas – it is easy to forget that there are true cinematic artists out there. Make no bones about it: the pieces on offer in the Swedenborg screenings are all ‘art’, with the introspection and interpretive nature that the word ‘art’ implies. Keep your ears open for the 2013 Swedenborg events.

Have you seen any of the films featured at the SISFF 2012? What did you think? Let us know in the comments below!