Can you imagine the black day when Robert Downey Jr decides that the red and yellow metal suit is no longer for him? The man himself has actually hinted as much recently, so obviously it’s time to start thinking about the reboot, right? Not that we could bear to think about Iron Man without RDJ, of course…We’ve compiled a list of ten possible contenders to grow the famous goatee. 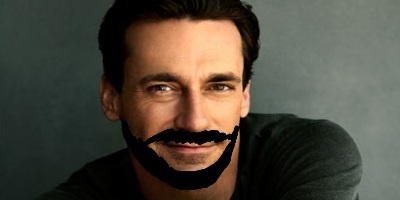 We already know how smooth Jon Hamm can be. He’s already got the good looks and the brooding intelligence things down-pat. It wouldn’t be too much of a stretch to imagine him stripped to the waist tinkering with a metal suit of armour; AND facial hair looks pretty incredible on him. 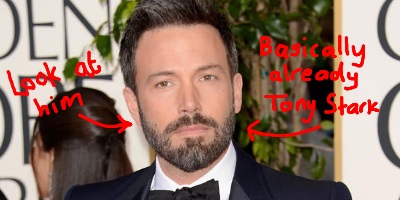 When Affleck went through his directing phase, his “serious business beard” suited him down to the ground. Plus, Ben already has a wealth of superhero experience from his one-film stint as Daredevil, so the stunts and stuff should be no problem for him. We’re not sure how he would approach the character of Tony, he might insist that he be fluent in three languages or be an expert at diffusing bombs or something “deep” like that. That could get pretty boring pretty quickly. 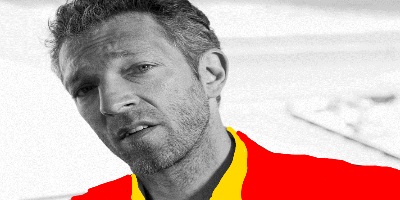 Sacre bleu! A french Tony Stark? We think so. Vincent is handsome, chiseled and within the right age group to play Stark. If he grew a Stark-style goatee he might end up becoming a parody, so Marvel if you’re reading, leave his beautiful chin alone. 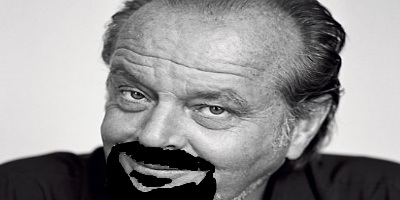 Jack would work purely because he’s arrogant. He’d grasp Tony’s self-loving personality perfectly. Also, casting Nicholson opens up a brand new story line of Tony in retirement, with the safety of the world/Nick Fury coaxing him out of his swanky twilight years in a posh pad in Panama. His Pepper Potts – Diane Keaton. Obviously. 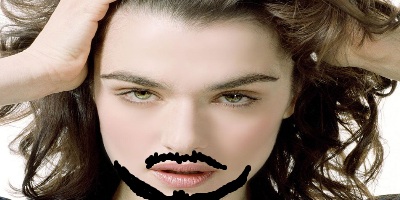 The achingly beautiful Rachel Weisz can pretty much do anything she set her mind to, so if there was a call for a female Tony Stark (Antonia Stark, maybe?) Rach is your woman. She’d play the intelligent, tortured genius very well, but we don’t think the arrogant part would suit her. Still, because she’s RACHEL BLOODY WEISZ she’d pull it off. Give her a call. 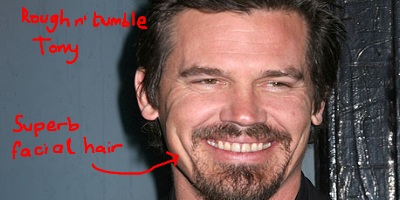 Alright, so Josh is a bit of rough if we’re honest, but stick him in a sharp suit, slick his hair back and you’ve got Tony. He already rocks the facial hair on a daily basis, and has proved himself to be quite the action hero in such films as Jonah Hex, Gangster Squad and True Grit. Given his history of period films, it’d be refreshing to see him in a role set in the present day. 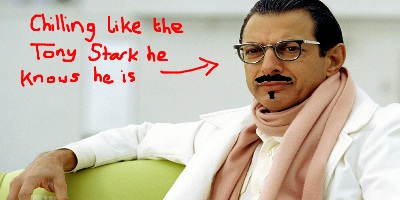 Jeff is pretty nifty at playing geniuses, particularly the scatterbrained, disheveled type. Stark is pretty together and has an array of awesome T-shirts and suits. If Jeff is going to pull this off, he’s going to have to tidy himself up a bit. Maybe Marvel could turn Stark into a recluse and go with the drinking problem story line? 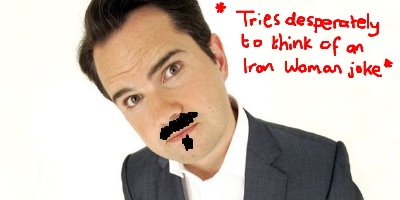 Funnyman Carr would make a hilarious Tony, although we are slightly worried about whether or not he’d ooze charisma like caramel in the way Robert Downey Jr does. It’ll be interesting to see him with a goatee/soul patch though and how he would fare doing something other than stand still and tell deadpan jokes. That would be funny, though. 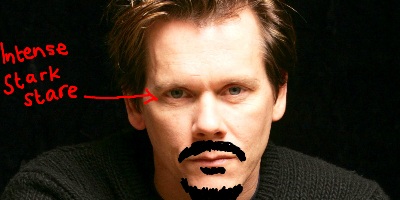 Kev is LITERALLY THE CENTRE OF THE UNIVERSE. That and he, like Affleck, has experience in fighting bad guys in a superhero movie – he was chilling as a Nazi in X-Men: First Class. Kevin used to be a lead man once. He could do it again. However bear in mind that his growing a beard would mean covering up that shiny EE smile. 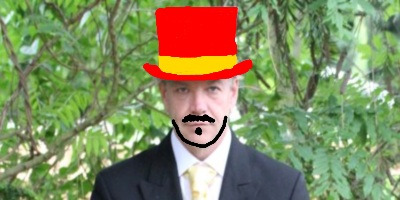 “WHO?!?!?!” we hear you cry. Well if you don’t know, get to know. He has mad skillz. He literally IS Tony Stark, yo. He played guitar with David Bowie at a party once, he’s hung out with Bear Grylls so has amazing survival skills (once survived a landslide by somersaulting backwards down a mountain), owns a pretty sick collection of motorbikes with customised headgear (right little Stark, this one) AND he’s pretty arrogant. Like, he’d give Bacon a run for his money in the centre of the universe stakes. Call the casting agent and tell them to stop looking. This the guy.