The Master, they’re still hot stuff. So, in honour of the release of PTA’s film, but mainly because BY THE BEARD OF THE HARVEST GOD we love a good sacrificial killing, BFF presents you with the Top Ten Cults in Film. Warning: contains boobs and fire, obviously. " /> 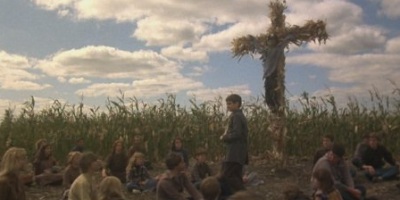 Who do they worship? He Who Walks Behind the Rows

Children are good for lots of things, mainly putting their freakishly tiny hands into small spaces to retrieve lost marbles, and running in circles. Turns out sometimes, though, they’re also good for bloody murder. Just like in Fritz Kiersch’s 1984 horror Children of the Corn, based on a short story by Stephen King. Linda Hamilton and Peter Horton play a young couple who drive into a seemingly abandoned mid west town only to discover that it’s been taken over by a cult of murderous children, led by some tot called Isaac, who all worship a corn demon. You wouldn’t have thought demons wouldn’t have much interest in corn but there you are. Anyway everyone dies.

#9 – Indiana Jones and the Temple Of Doom 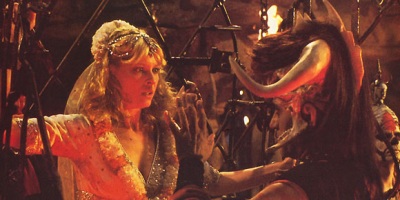 Who do they worship? Kali

You know when you crash land in the Himalayas and all you want to do is chill out at the local palace and eat your chilled monkey brains in peace but then all of a sudden you take a wrong turn in the caves and suddenly this is happening:


Now that really is a temple of doom. 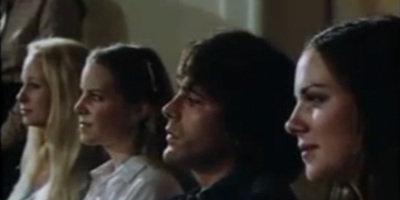 Who do they worship? “Father” (an Asian businessman apparently)

Ticket to Heaven is a 1981 Canadian film which tells the story of a young man unwittingly indoctrinated into a cult. Kim Cattrall is there which is always a bad sign, and also they have to do forced labour and kill themselves if their parents come and try to save them. Culty goodness! 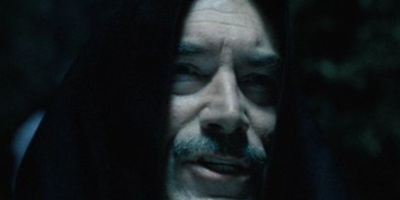 Who do they worship? Village of the Year contest

Edgar Wright’s 2007 film stars Simon Pegg as a talented young policeman who finds himself transferred from London to a small country town, paired with a hapless partner, and soon investigating a series of grisly and extremely suspicious deaths. BUT WHERE DO THE CULTS COME IN, we hear you cry. Well, the crimes are revealed to have been committed by the Neighbourhood Watch Alliance – or NWA – a collection of the town’s elders who have banded together to rid their beloved Sandford of its less desirable inhabitants. Hence Timothy Dalton in a delightful cloak. 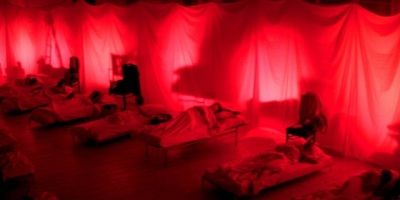 Who do they worship? Helena Markos aka Mater Suspiriorum aka the Mother of Sighs

Witch cult! Yay! Suspiria, Dario Argento’s classic seventies horror, takes place in a ballet school in Germany which just happens to be run by a cult that worships some witch or other. It’s full of people getting cut up and hanged and smashing through glass ceilings and stuff like that. Thus it also features a lot of that seventies-looking blood that’s really light-coloured and watery. 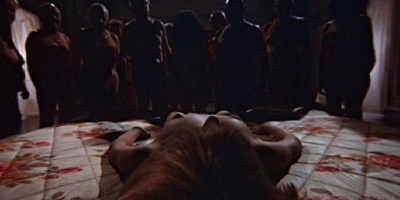 Who do they worship? Satan, the original and best

Rosemary’s Baby sounds like it could be a hilarious comedy caper about a woman called Rosemary who accidentally loses her baby when she puts it down in the supermarket and suddenly the baby’s having an adventure and Rosemary’s racing all over town. “Has anyone seen my baby?! I’ve got to get my baby back in time for the Annual Mothers and Babies Competition at the town hall!”

In actual fact, though, the film is nothing like that. It follows the story of a young woman – yes, her name is Rosemary – played by Mia Farrow, who moves into a new apartment with her husband Guy (John Cassavetes) and is befriended by an eccentric old couple next door who seem like the perfect neighbours. Until we realise they are actually part of a cult that have seriously devilish plans for Rosemary’s womb. 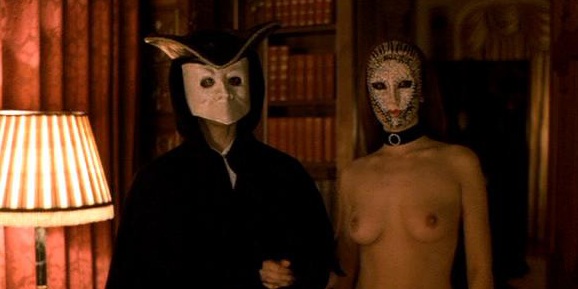 Who do they worship? Sex?

Eyes Wide Shut, otherwise known as Boobs ‘n’ Masks, is Stanley Kubrick‘s memorably divisive and seriously mind-bending film from 1999. Things were a bit mad in 1999 to be fair. It was all Y2K and Millennium Bugs and that kind of thing. You can’t blame Kubrick for going a little mad when telling his tale of one man’s dark sexual odyssey through the seedy underworld of New York. Tom Cruise and Nicole Kidman star as a couple plagued by sexual jealousy and insecurities that threaten to break their relationship apart. In response to such problems, Tom Cruise decides to go to a secret orgy (as one would) which – it transpires – is not so much an awkward car-keys-in-the-bowl swingers party as it is a seriously sinister affair which involves passwords and masks and cloaks and people getting killed. Still, sex cult. Can’t be all bad. 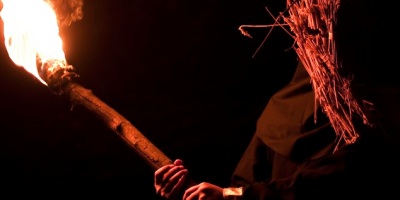 Who do they worship? Death?

If you haven’t seen Ben Wheatley‘s excellent horror Kill List you must watch it this instant. Because we’re about to spoil it for you, basically.

Blackly comic and crammed full of the kind of violence that sounds as bad as it looks, Kill List follows the exploits of two hit men who have been hired by some seriously shady individuals to off a bunch of people. Soon enough things start to get weird, and by the time we get to the nail-biting climax we’re confronted with the horrifying truth: our protagonists have been deliberately targeted by a murderous cult, complete with burning torches, wicker masks and a serious thirst for blood. 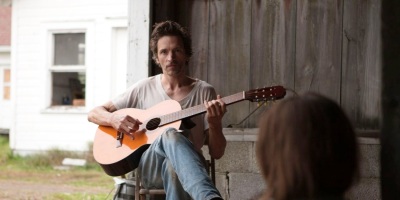 Who do they worship? JOHN HAWKES WOOOO

One of the year’s standout films, Martha Marcy May Marlene tells the story of a young girl, after her escape from a cult led by the charismatic Patrick (John Hawkes). To be fair, we love John Hawkes. We’d probably join his cult if he asked us. PLEASE INVITE US INTO YOUR CULT, JOHN HAWKES PLEASE PLEASE PLEASE. 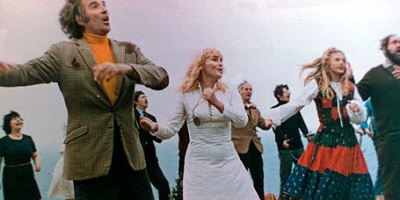 What do they worship? The bloody sun god of course

But if you really want to get your cult on, The Wicker Man is the place to start. Edward Woodward stars as a devoutly Christian policeman who travels to the remote Hebridean island of Summerisle to investigate the suspicious disappearance of a young girl. Only when he gets there everything gets massively culty and suddenly everyone is wearing masks and maxi dresses and Christopher Lee is there. TIP: When Christopher Lee turns up you know shit is about to get serious. Robin Hardy’s film is memorable for its tremendously dark ending, in which our innocent protagonist is sacrificed by being burnt alive in a giant wicker man (clue’s in the title), while all the cult members do a lovely dance. It is also memorable for spawning the 2006 remake, which of course starred the acting robot formerly known as Nicolas Cage.

Do you like cults? Are you in a cult? If so, can you tell us what the deal is with all the wicker? Thanks. Praise be to the Corn Demons.