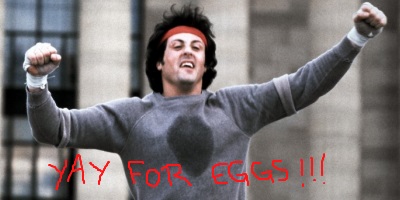 Everyone who has / had a grandmother (and that’s pretty much everyone, barring clones) will know that eggs are an excellent source of protein. Which is why Sylvester Stallone spends so much of his valuable time guzzling down raw eggs like they’re the sweet nectar of life itself.

Look at all that delicious eggy gold running down his neck. He bloody loves dicing with Salmonella-induced death, doesn’t he? 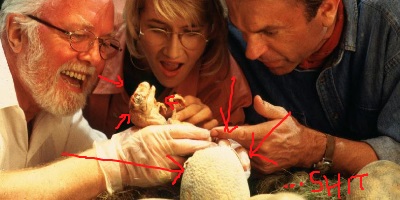 If you’re thinking of downing a couple of raw eggs every morning, a la Rocky, make sure you DON’T crack a velociraptor egg into your glass. Not only will you end up with a small and irritable dinosaur staring up at you, cawing and ineffectively swiping its tiny claws, but you’ll also have doomed the planet to death by dinosaur.

Life finds a way, remember. But only if there are eggs involved. ONLY THEN! 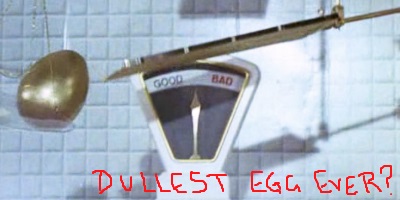 Chocolate eggs are all the rage at Easter – probably because Jesus sacrificed himself to the Cocoa Gods at Calvary all those years ago – but that doesn’t mean we don’t find them deadly, deadly dull. There’s nothing hiding inside them, they have no magical strength-inducing properties and they’re made of foil, milk, sugar and cacao beans – there’s no precious metals whatsoever.

But it’s not always about the egg. It’s about what you DO with that egg – and Willy Wonka knows exactly how to turn his choccy oval treats into spoilt child bait. Watch and learn: 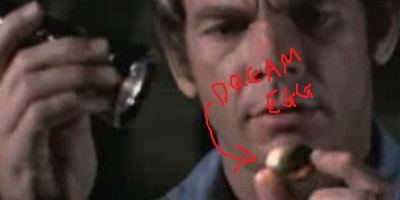 Solid gold they may be, but beneficial to the environment they ain’t! The eggs featured in Million Dollar Duck are the result of a humorous and improbable chain of events. Wife gets apple sauce recipe wrong, duck steals apple sauce, duck wanders into radiation lab, duck becomes irradiated, duck now lays eggs with solid gold yolks. IT’S SIMPLE DUCKING SCIENCE! 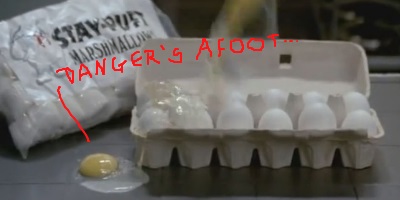 Normally, you’ll find that eggs are oddly tight-lipped (not literally – they don’t HAVE any lips) about upcoming events. Which is why the eggcelent shelled wonders of the Ghostbusters are such a breath of fresh air. Check out how well they warn Sigourney Weaver about all those bad times coming up in the not-so-distant future:

Prophetic AND self-frying – what could be better?!

#5 – Magic singing eggs (Harry Potter & The Order of The Phoenix) 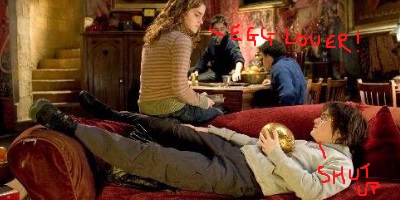 You know what’s even better than self-frying psychic eggs? Eggs that relay complex riddles, through the medium of SONG no less, when held under water. Only bloody Harry Potter could have such a good time with eggs, couldn’t he? I’ve spent hours trying to coax mine into telling a riddle – just one, tiny riddle – and all they do is glare at me sullenly from their shelf in the fridge.

“You want a riddle?” they seem to say, shaking their heads so hard the yolk inside rattles. “How’s about the riddle of your high chloresterol and our untimely deaths? Want us scrambled or fried this morning?!” 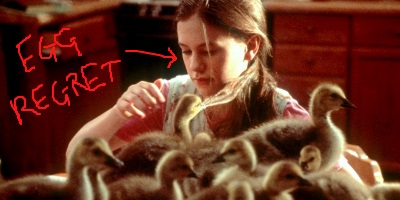 Eggs are delicious, yes, but sometimes it’s important to think about what’s INSIDE them. Yup, those breakfast embryos signal the potential for a foetus of a bird-to-be… and that, my dears, brings with it a wealth of responsibility. You could find yourself rescuing an abandoned nest, incubating the eggs, turning them over gently until they hatch into baby goslings, raising them into Canadian geese and then fashioning a flying device to help them migrate for the winter.

Yup. There’s that option. You can take on the mammoth responsibility of caring for a gaggle of baby geese. Or you could, just maybe, select one special goose and raise it to be one of the most successful actors of all time – you never know, you could have found the next Ryan Gosling! 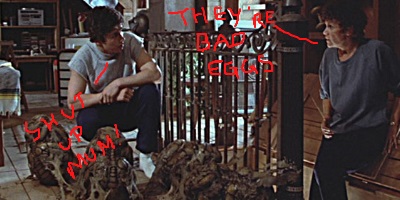 Be careful which eggs you allow to hatch or you could find yourself in shell. Hell. Whatever. The Gremlins may OFFICIALLY be cocooned, but they look like reptiles to us – and we all know reptiles are egg-based. THEREFORE THEY ARE EGGS IF WE SAY THEY ARE EGGS!

These are the bad kind of eggs. Mischief-making eggs. EVIL-IS-COMING EGGS! These are the kind of eggs that hatch little monsters with the speedy breeding skills of rabbits and the deadly intent of Christopher Lee in all of his films. In short, they’re bad news – but they do make for quite an atmospheric centrepiece in any teen boy’s attic room. 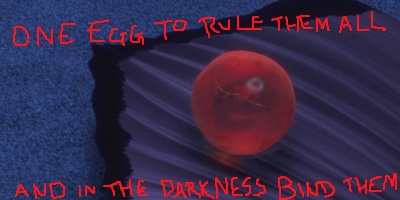 You know what we said earlier, about selecting one egg and raising it with all the love and care and attention you could never muster for an entire cluster? Yeah. Marlin the Clownfish did too – and he proves just how rewarding a one-egg-only experience can be.

So fine, yeah, he didn’t have all too much choice in the matter. The silly bugger probably wanted all of those hundreds of eggs to hatch into sons and daughters for him and his dearly departed wife to worry over. But that would have completely ruined his and Nemo’s intense father-son relationship. And then he probably wouldn’t have given two flying fins about Nemo going missing (he was the damaged baby fish, anyway) and we would never have got a movie worth sobbing over.

Talk about one egg to rule our emotions, eh? 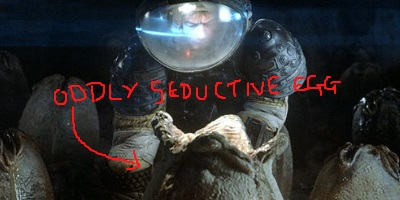 We’re so conflicted over these Alien eggs; on the one hand, yes, they signal the doom of the human race. But, on the other, they do it with such style and panache. “Look at us,” they say sweetly, nestled together in that vast chamber. “We’re just innocent little eggs, don’t worry about us. Oh, is that a human face? Is that an actual human face? Let’s hatch and attach ourselves to that mother-f**king human face!”

And so on. Think corrosive acidic blood. Think face-clamping hatchlings. Think all of the bad things that you never thought could happen to Sigourney Weaver. IF ONLY YOU’D LISTENED TO THE SELF-FRYING PROPHETIC EGGS, SIGOURNEY WEAVER!

Which movie egg would YOU like bestowed upon you this Easter? It’s the boring chocolate one again, isn’t it?

Previous: Kick-Ass 2 gets a brand-new trailer
Next: The Wolverine debuts spoiler-heavy trailer