Evolutionary psychology posits that larger eyes are associated with child-like physicality, meaning that anyone who wears glasses, or finds people in glasses sexy, are colossal perverts. For millions of years sunglasses have been used to stop bits of your soul being sucked out by evil demons or professional poker players, and this noble legacy has been thoroughly misappropriated by Hollywood. Without further stalling for time, here are Best For Film’s favourite glasses. 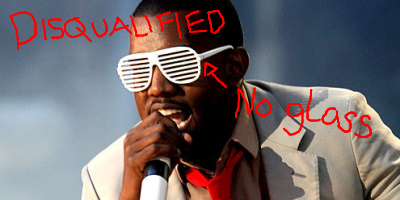 Bad Kanye West. Plastic with holes in it are not glasses. The only use you could put those things to are recreating Thomas Young’s double slit experiment in an attempt to display the quantum properties of light that allow it to act as both a particle and a wave, but we’re sure you already knew that Kanye. 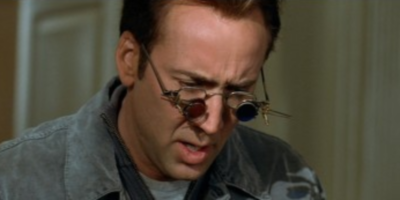 In National Treasure, Nicolas Cage runs around mistreating ancient documents and artifacts in order to protect other ancient documents and artifacts. At one point, he is required to use a pair of freaky 3D glasses invented by Benjamin Franklin. I’m sure even old Ben Franklin would be surprised that the ungainly mess of different coloured lenses actually worked, but hey, that’s movie magic right? 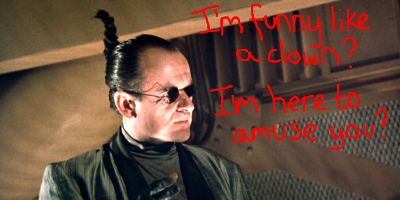 Look at those stupid things. No one has ever accused Joe Pesci of being a serious actor, but even for him it was a strange choice to take on a role in which he is required to wear stupid glasses and terrorise children. They make him look as though he has no eyeballs, just small bottomless holes in his angry little face.

For anyone who has never subjected themselves to Moonwalker, it’s impossible to describe in English with any fidelity. Michael Jackson runs around with a bunch of kids, there’s tarantulas everywhere and Joe Pesci is tries to kill the King of Pop with bullets. Little does Mr Big realise that Michael Jackson is actually impervious to bullets, and then this happens… 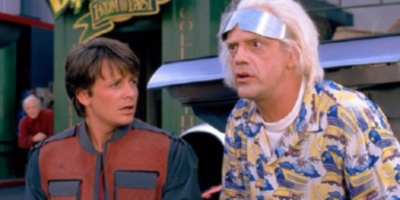 When Marty McFly (Michael J Fox) is whisked off to the future by awesome future-glasses-wearing Emmett Brown (Christopher Lloyd), he is confronted with the truth that he turns into a gruff douchebag with some buttugly children. Armed with this knowledge he goes back to 2003 to create bland boy band McFly in order to finance his career as a fraudster with buddy Flea from Red Hot Chili Peppers, thus saving himself from a fate worse than death. In Sin City, Elijah Wood plays religious mute cannibal Hobbit Kevin (if that description doesn’t terrify you, nothing will) stylised in Frank Miller and Robert Rodriguez‘s noir blood-a-thon by fantastically creepy glasses. Elijah Wood’s expressionless face would be enough to curdle milk on its own, but slap a pair of opaque specs on and BAM, your career’s peaked. 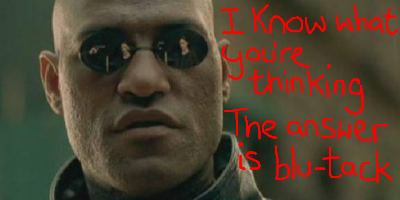 The Matrix is the 1999 film that destroyed all pop culture for the subsequent 6 years. The bullet time effects and the “MR AAAANDERSON”s and the leather coats that would be highly impractical in a martial arts fight, all congealed in the figurative memetic pool like a drop of lime juice in a glass of Irish cream. One of the better legacies that The Matrix gave the world was Laurence Fishburne‘s amazing nose-hugging lenses. Unfortunately, scientists quickly proved that the only human alive cool enough to pull off those glasses without looking like a complete dick was Morpheus, thus screwing the Wachowskis out of millions of dollars of merchandising.

#5 – The sunglasses of ROBOT MURDER and Elton John – Terminator 3: Rise of the Machines 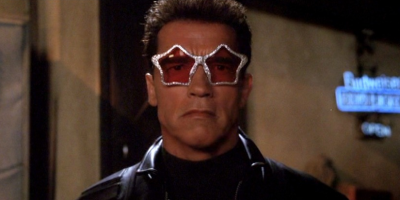 We know what you’re thinking: “But surely you meant to say The Terminator‘s Raybans!?” NO. Those stupid starglasses were the only thing in Terminator 3: Rise of the Machines that entertained in the slightest. Thus, the glasses perched lovingly on Arnold Schwarzenegger‘s potatoface saved that movie from “complete disaster”, landing it somewhere in only “minor disaster”. 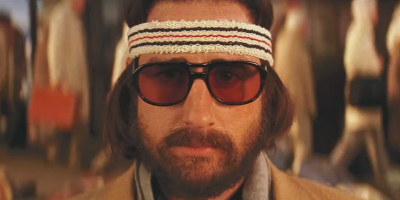 We can’t quite place our finger on it, but something in the design of Luke Wilson‘s sexy 70s shades in The Royal Tenenbaums reflect his inner sadness. Those are the glasses of a tortured tennis-pro artist in love with his adoptive sister. This film, along with Idiocracy, has made us appreciate Luke Wilson in a way that Hollywood never has. Get out of Owen Wilson‘s shadow, you idiot! 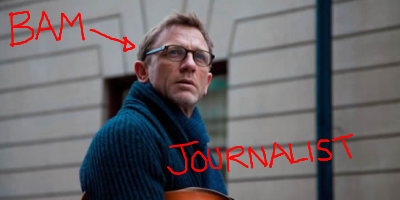 “Oh look, here comes Daniel Craig. Phwoar, he’s a looker, isn’t he? Like a slab of goddamn beefcake. Doesn’t look so bright, though, does he? Definitely less of a thinking man’s Bond. I don’t know who the hell cast him in The Girl With The Dragon Tattoo, no one’s ever going to buy him as an investigatory journa… HOLY FUCK LOOK AT THOSE GLASSES HE’S A SCIENTIST.” 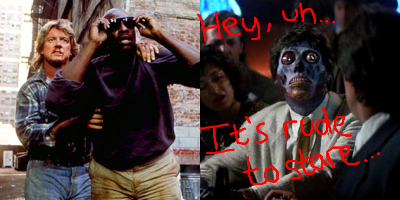 John Carpenter‘s amazing schizophrenic paranoia flick They Live features a world taken over by evil capitalist alien beings who control the populace with mind control. That is until Rowdy Roddy Piper of WWE fame (seriously) discovers a pair of cheap plastic sunglasses and sees the truth. Sure, they may look lame. Sure, they may be John Carpenter’s answer to a severely limited props budget, but damned if they aren’t the most effective use of a pair of sunglasses in history. That is, they would be, if it weren’t for… 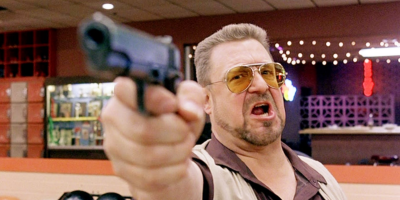 Look into those glasses and tell us that you don’t believe that John Goodman will do exactly as he promises. The Big Lebowski, staring Jeff Bridges as The Dude, is one of our favourite films ever here at Best For Film. We’re not going to even bother explaining why. MARK IT ZERO, SMOKEY.

What are you favourite movie sunglasses? We’ve obviously left off some important ones. Men In Black glasses? Agent Smith’s in The Matrix?

Previous: Jessica Chastain might join Hathaway in Interstellar
Next: Bradley Cooper to chef it up in… Chef