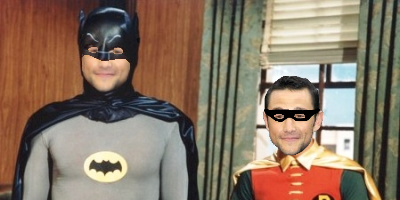 Sources claim that Joseph Gordon Levitt is currently in talks to sign up for Batman in the Justice League film, although this is really tenuous news at the moment. He wouldn’t be a bad choice, but all the bullshit Christopher Nolan made up for his character in The Dark Knight Rises breaks the Batman canon, and fans will be angrier than Harvey Dent in front of a mirror. 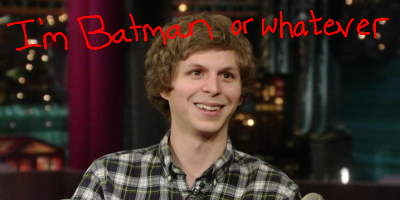 Is mumble-core Batman a good idea? Probably not. Michael Cera‘s high-pitched squeak isn’t going to terrify anyone. But look at him! He’s just so cute! No? Well then, give him Aquaman or something. He looks like a guy whose only friends are fish. 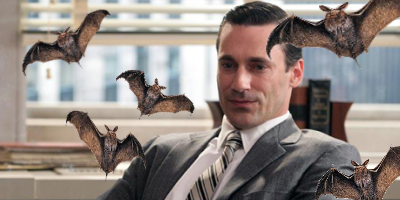 Definitely a good choice for a billionaire playboy like Bruce Wayne. Jon Hamm carries those 50s sensibilities that Batman is famous for. He probably wouldn’t handle himself well in a fight, though. 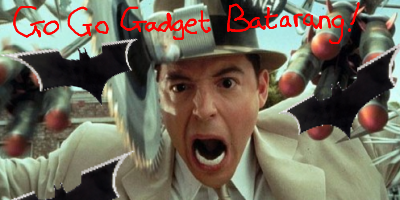 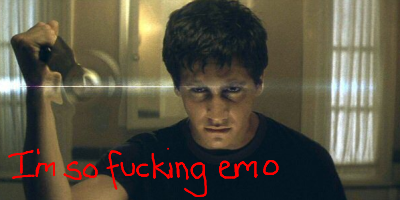 Jake Gyllenhaal has shown that he can bulk up like crazy. His abs were the only thing worth watching in Prince of Persia. He can also whip out the pathos if need be, as we have seen in Donnie Darko. Think about it: The Amazing Emo Batman! 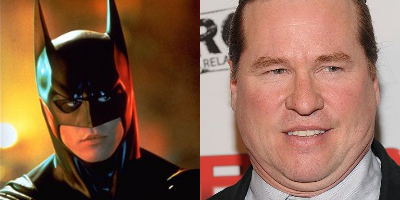 The day that some guy ate Val Kilmer was one of the saddest days in Hollywood history. He was such a lithe and beautiful man as Joel Schumacher’s first Batman, and now he couldn’t even wear the cowl for fear that pockets of fat would get stuck in the eye holes. Still, give Fat Kilmer a chance – we at Best For Film eagerly await his return as the Dark Knight on beta blockers. Plus, he could probably hide some Bat Shark Repellant in his the folds of his belly. Handy! 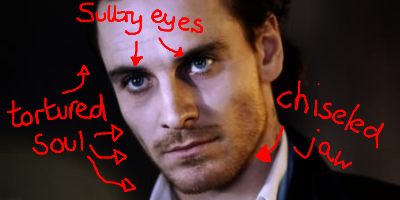 Michael Fassbender could balance the badassery of Batman with the cockiness of Bruce Wayne anytime. Not to mention the emotional turmoil. He doesn’t wear a costume too well, though, if the ending of X-Men: First Class is anything to go by. 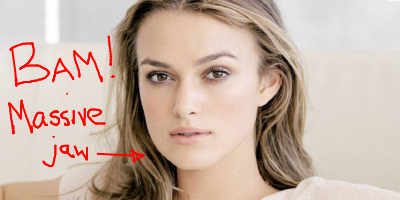 Keira Knightley is so very pretty. Look at those smouldering eyeballs. What are we talking about again? 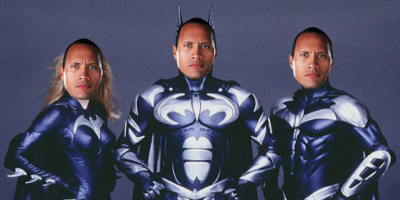 Why should we limit ourselves to having Dwayne ‘The Rock’ Johnson in only one role? WE DEMAND MORE ROCK. FOREVER. Alfred-Rock. Commissioner Gordon-Rock. The Penguin-Rock. Vicky Vale-Rock! Jim Carrey has grown up quite a bit since he played The Riddler in Batman Forever. He’s into far more brooding and macabre roles these days with Eternal Sunshine of the Spotless Mind and, um, The Number 23 (God that film was so, so bad), but it’s actually Jim Carrey’s role in Ace Ventura 2: When Nature Calls that turned our thoughts to Batman. You may remember that he was deathly afraid of bats in that film, and that he had to overcome that fear for the greater good. JUST LIKE BATMAN. 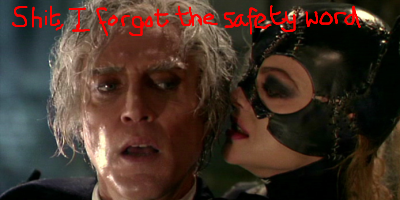 Yet another veteran of the Batman franchise (Batman Returns), Christopher Walken has shown that he can hold his own against Catwoman. Imagine Walken’s dulcet yet whiny tones emerging from the Bat-Suit, and you’ll see where we’re going with this. Christopher Walken is so versatile, he can perform any role he is given. His ability to dance shows that he is as athletic and graceful as the Dark Knight, and then there’s whatever he’s doing in this video (we’re not entirely sure ourselves):

THE MAN CAN DO ANYTHING!

Who would your choice be for the new Batman for the Justice League film? Let us know in the comments below!

Previous: End of Watch
Next: X-Men: The return of Ian McKellen and Patrick Stewart!