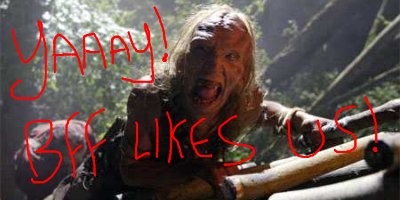 Wrong Turn 2 is a masterclass in how to fuck with a license. Wrong Turn was a fucking terrible Texas Chainsaw rip off that made just enough bank and had just about enough Eliza Dushku to qualify as a genre hit, and for whatever reason the name stuck; most people have heard of Wrong Turn.

The straight-to-DVD sequel keeps the name and the mutant hillbillies and jettisons everything else, bringing in Henry Rollins, buckets of goop and a setup that’s essentially Deliverance via Survivor. The original’s funereal pace and plodding box-ticking are replaced by grindhouse sensibilities and a charmingly palpable desire to entertain.
You might want to give Wrong Turns 3 through 5 a miss, mind you. 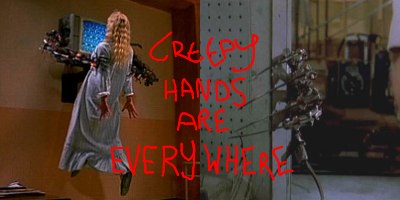 ‘There’s a FOURTH Paranormal Activity?’ ‘HOW many Saw films?’ Every time you hear someone say this, remind them that there are eight Hellraisers, nine Nightmare on Elm Streets, nine Halloweens, TWELVE films with Friday the 13th‘s Jason Voorhees in; and all twelve of them are shit. Yeah, the 00’s are fucking clown shoes when it comes to juicing a franchise.

Of all the aforementioned sequels/reboots, only four are any good: Rob Zombie’s Halloween remake, two of the Nightmare on Elm Streets, and another one we’ll get to in a minute. Dream Warriors‘ competency is largely down to Frank Darabont’s witty and wickedly inventive screenplay (two words: vein puppetry), while Wes Craven’s New Nightmare, which has the cast of the series playing themselves and actually tries to be about something, just proves how instrumental he was to the success of the original. 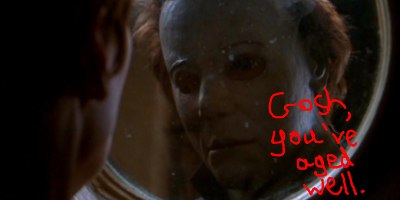 It might seem weird now, but H20 was a bona fide sensation when it came out right in the middle of the post-Scream slasher boom; Empire gave it a five star review. That’s a bit excessive, but then who are we to criticize a film that has both death-by-hockey-skate AND dumb waiter?

The stroke of genius here was bringing Jamie Lee Curtis back as Laurie Strode, played this time as a more likable, significantly more hardcore Sidney Prescott-alike. Curtis is fantastic as a woman trying to lead a normal life in spite of her past, and her progression from weary veteran to mother grizzly bear is seamless. And if you’re only in it to catch a glimpse of Young Josh Hartnett and Even Younger Joseph Gordon-Levitt, well, they’re here too. 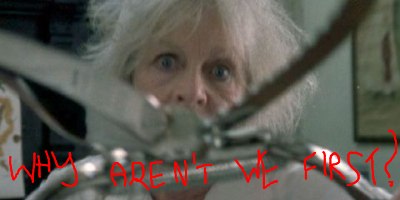 It feels kind of off to recommend one of the most studio-tampered films of all time; this was originally Exorcist author William Peter Blatty’s adaptation of his novel Legion, which has nothing to do with exorcism. But despite the totally stupid attempts to fit the story to canon, and a ridiculous tacked-on exorcism in the last act, Exorcist III is still an unsettling supernatural thriller with a real knack for putting the shits up you. Once you’ve seen the nun ghost in the hospital, you cant unsee it. 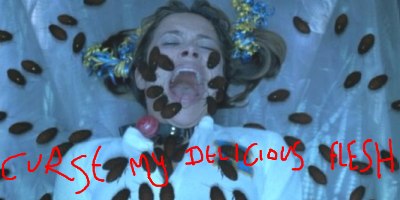 Hostel: Part III is garbage. If you’ve ever thought all it takes to make up a Saw or Final Destination movie is thinking up a few grisly ways to off someone, marvel at Hostel: Part III‘s complete failure to gross you out with death by facial surgery and cockroaches-to-throat; you’ve probably just been more unsettled by what you just read than you would be by the movie.

But this all changes when you notice that Kip Pardue is essentially playing Victor from The Rules of Attraction again. And suddenly, Hostel: Part III becomes The Fall of Victor Johnson/Ward, as the former actor/model/terrorist falls into debt with an exclusive society of bloodthirsty Vegas millionaires. After an unfortunate incident with the chairman, a rope, and a guitar that used to belong to Peter Frampton, Victor finds himself in an extreme amount of debt; he promptly changes his name and travels around the country befriending needy college grads, fucking their girlfriends and then taking them on bachelor parties to Vegas so they can be drugged, imprisoned and butchered for sport. However, after an acid-and-amphetamines-fueled month long fuck fest with one guy’s fiancée, Victor decides he’s in love, fudges his latest “job” by monologue-ing and ends up getting his face chewed up by some over-sized garden machinery.

See, it all adds up.

Missed your favourite unlikely sequel success? Let us know below!

Previous: Mortal Kombat to get a gritty reboot
Next: Top Ten Moments from Quentin Tarantino Films