It is impossible to view The Hobbit: An Unexpected Journey outside of the idea of the wider The Lord of the Rings trilogy which preceded it. And thus it is impossible to avoid the comparison that this film is the first wank after full sex with a woman. It starts in the same moment: where boredom from the lack of the ‘proper’ experience meets anticipation that this is still exciting. But you’re always aware that this has a more limited scope than the real thing. In the broadest sense, The Lord of the Rings grabs you. You are fully immersed and forget anything exists outside it. In many ways, it is true art: utterly immersive and leaves the viewer reacting on a completely natural level, as Freud claims we are at during the moment of orgasm in sex. Stripped of our human nature we are animalistic, reduced to our base instincts reacting completely naturally to our stimulus. 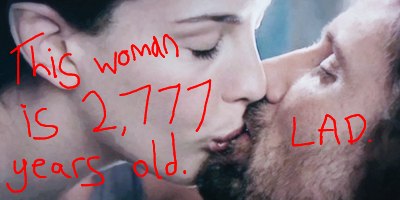 The Lord of the Rings demanded this reaction. When watching it, you were in a state behind cinema. And like the masturbatory fantasy, The Hobbit gets you close to this. The ideas are the same, as are the goals of the quest. But you are forever aware that nothing is real. You are creating the fantasy and holding on to it. If you commit enough, you will enjoy yourself enough to feel satisfied, but you will always know what more you can have. But it will do for now. The atmosphere is the same; The Lord of the Rings is high fantasy, but completely believable for it. It exists on such a ludicrously high plane that it would be silly to not believe in it. Like the image of naked bodies writhing together, to step outside it is to realise how ridiculous and facile it is. But there is never any desire to step outside that moment. Why would you? The image is complete, there is no fantasy, only commitment to the moment and desire to see it through to completion.

The Hobbit is different – like every solo trip to the dark side of the web, whether late at night or just after work, it knows its own ludicrousness. It exists on a lower plane, at once more believable and yet through this requiring less emotional commitment. And without giving over complete suspension of disbelief to this lower level of fantasy, it is never truly believable. At points there is enough to build the world around you, but it is fragile enough to always know you are lying to yourself. The Hobbit is the cheeky wink, acknowledging that this is just a dry run and that we’d all rather be watching the real films/with a real person. We are relaxed enough for the low humour to pervade and feel natural. We can openly laugh regardless of whether it takes us out of the moment. For the main trilogy the light-hearted moments are necessary but uncomfortable. You looked into the eyes of your (short? big-footed? immortal?) lover and awkwardly acknowledged your physical deficiencies, the awkward fumble, or the whole elf thing. This didn’t destroy the grandeur of the moment: it strengthened it by taking ownership of the weaker elements which might otherwise have brought the whole thing crashing down. 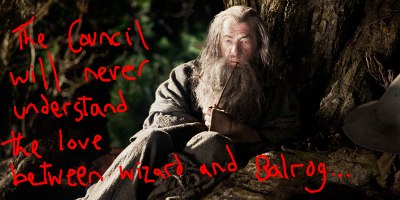 The Lord of the Rings guides you in a structured fashion. However unfamiliar the moves it makes are, it feels pre-agreed, like the physical necessity of guiding a lover’s body in linear movement from the familiar into a new position. Conversely, The Hobbit’s fantasy is bombarded by familiar but still uncomfortable elements. You recognise them from the original trilogy and absorb them. The years old but strange fantasy resurfaces in the mind and while it may shock for a moment it still spurs you on. Even if the material is slightly jarring, it is from the same source, and like it or not it is a part of the experience.

The fact is that masturbation is to sex is as The Hobbit is to The Lord of the Rings (what up, Verbal Reasoning fans?). The aims are similar but less ambitious, the same emotions are evoked but to a lesser extent, glimpses of the best moments are in the mind but never fully realised, and you find yourself projecting a mix of memory and imagination in an attempt to make it match up to the real thing. But both satisfy in the same fashion – and either way, as I daub myself down with a tissue, I know will want another one soon.