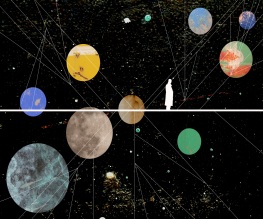 For sci-fi fans disappointed by the rumours that Zack Snyder will not be foraying into the Star Wars franchise any time soon, the news from Warner Bros is that a brand new space franchise may be on the way from an unexpected source. Thrillingly, a project that was first mooted more than four years ago has been dusted down and actioned for some time in the near future: Homer’s The Odyssey set in space.

Bizarre as the initial idea may sound, we advise you to step back for a moment and let this odd mind invasion sink in. The Odyssey, a tale of epic travel, weird monsters, cruel Gods and war. Imagine the possibilities when this larger-than-Greece story is removed from our humble earthly rock and transported onto the vista of far-reaching interstellar space. We at Best for Film are frightened, and not just a little excited.

As the mind wanders through this fantastic fulfillment of the dreams of the dead Greek poet, the various other possible spacial adaptations come to me. Aside from the obvious related epics in the genre which are sure to make up a series of this sort (The Iliad prequel, The Aeneid sequel), closer to home, how about an intergalactic representation of the Arthurian legends? Or a version of The Canterbury Tales in which the pilgrims are not on the way from London to Canterbury, but instead hyper-spacing it from Earth to, er, Mars? Of course in Chaucer’s original they never actually get there, so we could just have a bunch of stories set on far-off undiscovered worlds told by their inhabitants. The Wife of Batth’s Tale perhaps? (yes, it is a minor planet, look it up).

Are you excited or appalled by the prospect of Homer’s epic being transfered to space? Can you think of any other classic texts that could do with being unshackled from these earthly confines and cast into the spectacular setting of space? LET US KNOW.