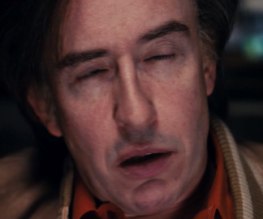 Well, here we are. Twelve thousand years on from the first announcement that Steve Coogan’s only popular character was heading to the big screen, the first teaser trailer for the Alan Partridge movie – which we’ve just found out is called Alpha Papa – has finally landed. It’s quite boring, but that doesn’t matter really – Tim Key’s in it and you’re definitely going to go and see it regardless, aren’t you? Anyway, it’s Red Nose Day.

Have you never had a pint of lager, a gin and tonic and a Baileys chaser? You big girls’ bras!