And the Oscar for… 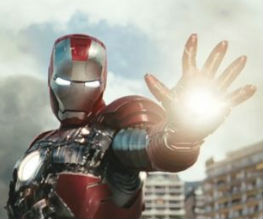 Most Excited Movie Reviewers goes to… us after we watched the brand new Iron Man 2 trailer! After about our tenth viewing we thought we better share it with you so can get a little start of the week joy too. Honestly, with War Machine (Don Cheadle), Nick Fury (Samuel L. Jackson) and Black Widow (Scarlett Johansson) all appearing not to mention nods to Iron Man’s briefcase armour and the Pentagon Armour all making an appearance our geek sensors are officially in overload!

For those who don’t know, in the follow up to the 2008 superhero smash Iron Man, Tony Stark (Robert Downey Jr.) has revealed his true identity to the world. Now he faces a fight to stop his Iron Man technology falling into the wrong hands and a fight to stop Whiplash’s (Mickey Rourke) revenge mission hurting innocent people, but luckily allies Pepper Potts (Gwenyth Paltrow) and James Rhodes (Don Cheadle) are still around to lend a hand. The new trailer looks totally epic (take a look below), so we here at Best for Film would like to take this opportunity to thank Paramount Pictures, Jon Favreau, Robert Downey…(cue music!)

What do you think of the latest trailer, will the new Iron Man be Spiderman 2 awesome or Spiderman 3 underwhelming?