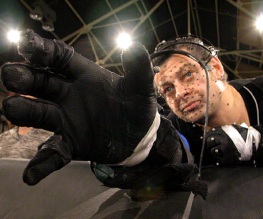 A logical progression for the most famous man in animal-centric motion-capture sees George Orwell’s classic post-war novel Animal Farm brought once more to life for the big screen. Its first incarnation was the grimly chilling British animation made in 1954, which shed little of the novel’s criticism of Stalin and his rise to power in Russia. The second, slightly less chilling Hallmark presentation from 1999 doesn’t cast quite as dark a shadow. What can we expect from Serkis?

Speaking to the Hollywood Reporter, he opined that ”We’re keeping it fable-istic and [aimed at] a family audience. We are not going to handle the politics in a heavy-handed fashion. It is going to be emotionally centered in a way that I don’t think has been seen before.”

What certainly hasn’t been done here before is the use of performance-capture technology, and whether or not Serkis will once again don the ribbed suit for our pleasure remains to be seen: ”It might well be that I do, but nothing is set in stone yet. At the moment I’m very fixed on the creation of the characters and world from a directorial point of view.”

It remains to be seen if a soft core remains at the center of Orwell’s allegory, but glue factory or goo factory, we wait with bated breath.

Previous: Fincher’s The Goon pops up on Kickstarter
Next: RZA’s The Man with the Iron Fists gets an animated prequel