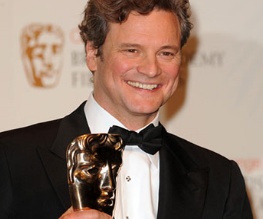 Well well well, who’ve thought it? This year’s Baftas was an interesting mix – full of both predictable winners (Colin and Carey, anyone?) as well as a couple of surprises. I think we all would have predicted that Avatar would have walked away with at least three Baftas this year, but in the end of the night, Cameron’s 4D fists were clutching but two. The Hurt Locker was the real winner of the night, with the budget war epic walking away with seven awards including Best Film, Best Director and Best Original Screenplay. So the question now is will the Oscars follow suit? Come on you Brits! Colin, do it for England! The full list of winners is below, so if you missed the big night, fear not, you don’t have to miss out.

Adapted screenplay
Up in the Air (Jason Reitman, Sheldon Turner)

Film not in the English language
A Prophet

Short animation
Mother of Many

The Orange Rising Star Award (voted for by the public, nominations announced earlier this month)

Are you happy with the result? Or do you reckon there’s been a travesty of justice somewhere along the way? Let us know!