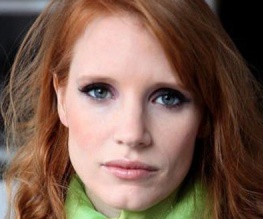 Kathryn Bigelow’s upcoming project regarding the death of Osama Bin Laden looks ready to roll in Chandigarh, India following the arrival of Jessica Chastain to complete the cast yesterday. Chastain joins Mark Strong, Joel Edgerton, Edgar Ramirez and Kyle Chandler all of whom have already landed in Asia, though it is still unconfirmed who will be playing ‘Sammy Laden himself. In fact all details regarding the project have been guarded with some ferocity – until recently most people have been referring to it as Untitled Kathryn Bigelow Osama bin Laden Film as there has been no official announcement of a title. Now producers have confirmed that it is working under the more catchy title of Zero Dark Thirty, though that is likely to change before it hits cinemas.

What we do know is that Hindu radicals have been protesting the production and are hoping to get it shut down, unhappy about their homeland being used to double for neighbouring Pakistan. In case you didn’t know India and Pakistan have a bit of “history”.

When asked about the secretive nature of the shoot, Chastain replied “The script is so incredible but they’re keep it really quiet. Even my manager and agents haven’t read it!” One can only hope there is some insane Empire Strikes Back style twist that they don’t want anyone to discuss before the film is released. Like, maybe Bin Laden actually turns out to be George W. Bush’s half brother, the result of a torrid love affair between Bush Senior and Yasser Arafat, who turns out to be a woman in disguise a la The Da Vinci Code. Or maybe, right, maybe Bin Laden’s just reading the whole thing off the wall behind Barack Obama (played by Chazz Palminteri). Either that or…. I don’t know, everyone in the world is a dead android.

Previous: Bardem and Renner in talks for Ridley Scott’s The Counselor
Next: Lionsgate planning film about Nicolas Cage’s stolen comic (No, we’re not joking)