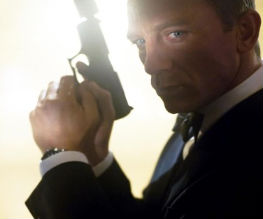 Bond 23 has been delayed indefinitely by the producers at MGM. The new Bond movie has been delayed due to, “The continuing uncertainty surrounding the future of MGM and the failure to close a sale of the studio.” The statement from MGM further added, “We do not know when development will resume and do not have a date for the release of Bond 23.”

Well there you go Bond fans, you’ll just have to wait a bit longer. Undoubtedly upsetting for some, this delay will hopefully give the producers more time to make the new Bond movie even better than the last two. We here at Best for Film thought he was a bit too soft in Casino Royale, so we’re hoping to see him ‘man up’ a bit in the next one!

What do you think about Daniel Craig as the new Bond?…Let us know below