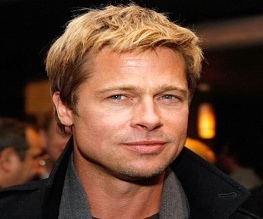 The story of the 33 Chilean miners trapped underground, their survival and dramatic rescue became one of the most viewed events in global history. Capturing the hopes of millions, the world eagerly looked on to witness the dramatic conclusion to the life and death tale. And now Hollywood wants a piece of the action. Typical.

Brad Pitt and his production company, Plan B, are apparently very eager to get their hands on the rights to this epic tale. So much so that a multi-million dollar deal might soon be in the making, with the money going to the miners themselves. Which is actually quite amiable because I’d try to rip this story even further into sarcasm if it weren’t. And while I can understand the film’s potential to make mega cheese at the box office – I still find it quite perplexing that people are approaching buying this story with the same effort others usually try to create one.

It’s not that hard – an irascible turtle finds himself trapped in a web of lies when the cucumber he eats turns out to contain the alternate ending to the Da Vinci Code. With music from Lady Gaga. Still nothing? A taxidermist discovers he has the power to make people fall in love with inanimate objects and sets out to enslave the world through interpretive animal dance. Come on this is pure gold! A young girl moves to a dreary town only to fall in love with a sparkling corpse thus confirming her fears that she is secretly an overtly insecure magpie. Okay that last one I think they’ve made already. But you get the point.

One can only hope then that the light at the end of this particular tunnel will be that the film eventually released detailing the story of the Chilean miners, is a good one. Despite my mockery, I actually have high hopes for Plan B getting this particular story – they did after all help Kick-Ass reach screens and any film about a guy who wears a scuba suit and fights crime gets my vote.

Previous: What About Me?
Next: Harry Potter and the Deathly Hallows: Part 1