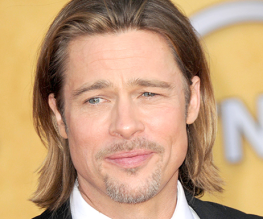 Brad Pitt set to play Pontius Pilate was inevitable, wasn’t it? No. We didn’t see that one coming. What happened to Bruce Willis, Warners? Brad Pitt will have to follow in previous Pontius Pilate footsteps such as Hristo Shopov (The Passion of the Christ) and David Bowie (The Last Temptation of Christ). I mean, David Bowie, for God’s sake. The man’s a legend (by the way, HAPPY BIRTHDAY DAVID and CONGRATS on the new single).

Anyway. How will Brad cope following in these footsteps? Will he buckle under the pressure, run home to Angelina and replay the footage of that nonsensical, existential, miserable soliloquy whilst stuffing his face with chocolate and lamenting the loss of his credibility as an actor because, on a really bad day, he put on Angelina’s perfume?

Warner Bros are set to centre the new Biblical drama (yet to be given a title) around Pontius Pilate as the military man that he was, and the catastrophically poor decisions that led to the death of Jesus Christ. Brad Pitt’s role as the politician is still yet to be confirmed by Deadline, but by the looks of it both are keen on the project, and Hollywood can’t wait to distort yet more historical fact into fiction. Screenwriter Vera Blasi is said to be focusing on Pontius Pilate as a ‘person’, apparently. You know, in-depth character analysis and all that. So… brill.

On the other hand, the film may enlighten our knowledge of one of the most important and controversial stories in human history. It’s not like the tale of Pontius Pilate sending Jesus to his death has been done a million times anyway, we want MORE.

Brad, we hope you fare well. Give us another epic like you once did as a young man in Troy, handsome and strong and ready for battle, and we might forgive you for stealing the part from Bruce Willis (in our eyes he did anyway).

Do you think casting Brad Pitt as Pontius Pilate is a wise decision? Let us know below!