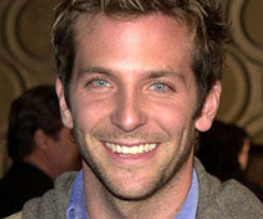 I mean, sure they don’t have a completed script, a full cast or a single shot of footage yet – but why should that stop the Paradise Lost team from beginning their marketing campaign, eh? Legendary Pictures brought a sniff of what’s to come to this year’s Comic-Con, showcasing the first concept art for their upcoming adaptation of the John Milton classic.

All we know about the project so far is that Hangover lead Bradley Cooper will star as Lucifer in the tale of one angel’s fall from grace. This is what the official website has to say about the plot:

“Lucifer and Michael, God’s greatest archangels, share the bond of extraordinary friendship until God produces his greatest creation: Man. Unable to remain subservient to God if it means bowing down to humanity, Lucifer begins his dark descent and is cast out – only to plot his revenge.”

Take a look at the image below – it will be the first of many.

If nothing else, it will be damned interesting to see what Bradley Cooper can do when not chained to Zach Galifianakis et al, right?