Bryan Singer suits up for X-Men: Days of Future Past 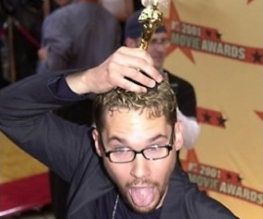 Earlier in the week we reported that Matthew Vaughn had stepped down from directing X-Men: Days of Future Past for reasons as of yet unknown, and that Fox had been scrambling to chain X-Men 1 & 2 director Bryan Singer to the director’s chair. Well fear not, lowly humans! Bryan Singer has come to save the day with his mutant powers of being available when someone else leaves a job!

Since he helped write the script for X-Men: First Class and has been heavily involved with its sequel X-Men: Days of Future Past from day 1, we can be fairly sure that Bryan Singer is the best man for the job.

Personally we would have preferred Joss Whedon, but hey, you can’t have everything in life. The majority of the cast from X-Men: First Class is expected to return, so we can look forward to more sexy, sexy Michael Fassbender sporting that stupid, stupid helmet.

X-Men: Days of Future Past should be throwing Sentinels in our faces faster than we can wipe them off when the film hits the UK in July 2013.

X-Men! It’s fantastic! But the franchise does have a habit of tossing us the odd rancid broccoli. Do you think Bryan Singer will keep the series on form?