Cabin In The Woods Gets Satirical 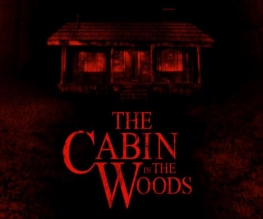 Joss Whedon has a bit of a knack for self-deprecation, and with a career practically comprised of non-starters and cancellations, the cultural deity presumably has plenty of time on his hands to sharpen his tongue and hone his funny. And with one of his latest projects, the Drew Goddard directed The Cabin in the Woods, caught up in MGM’s bad hair year, it has become somewhat of a poster child for Whedon’s ongoing run of bad luck.

To show that the production hasn’t lost its mocking sense of humour, or perhaps just out of desperation for something to tweet, The Cabin in the Woods‘ Twitter account has today posted a knowing spin on the original one sheet, poking fun at the sheer number of release dates the film has had, and subsequently missed. Co-written by the director of Marvel’s The Avengers, and starring non other than Thor himself, we hopefully won’t have to wait too much longer for this Scream-esque horror parody, beautifully taglined as it is, “If you hear a strange sound outside… have sex.”

Just in case you need that vagued up for you.