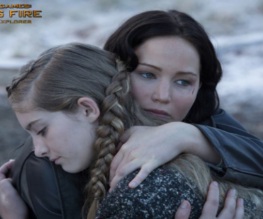 Two films -one pretty good and one abysmal – have both released new images for you to either salivate over or shake your fist at, depending on whether you’re a rational human being or not. In the red corner there’s Catching Fire, the Jennifer Lawrence-led sequel to The Hunger Games. The image shows Lawrence’s Katniss Everdeen embracing her sister Prim on returning to her District after whupping serious amounts of behind in the first film.

Over in the blue corner we have This Is Us, the first movie from teeny-boppers One Direction. And to make sure Harry, Zayn, Niall, Louis and Liam squeeze every last drop of money out of harassed parents, it’ll be in 3D. So that’s roughly an hour or so of five filthy rich teenagers wailing their brains out at you, but in 3D. If the first few chords of What Makes You Beautiful sends you into a murderous rage, avoid this film at all costs. If you fall asleep cradling a copy of Take Me Home, then you will love it (and should also seek psychiatric help). Look at both images below and PICK A SIDE. 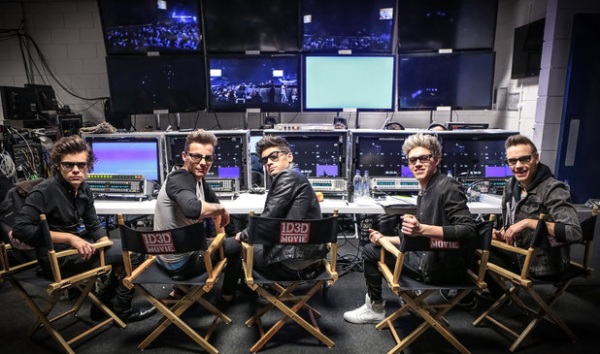 The Hunger Games: Catching Fire opens in November. As well as Lawrence, it will feature returning cast members Liam Hemsworth, Josh Hutcherson, Lenny Kravitz and Elizabeth Banks. Here’s hoping for a movie that’s every bit as tense and gritty as the first. Plus, who doesn’t love Jennifer Lawrence? Lawrence is a legend. Meanwhile, This Is A Waste of Time and Money – sorry, This Is Us – is out in August, directed by documentary wizard Morgan Spurlock, and features all five cutesy members and most likely showbiz overlord Simon Cowell, getting up all in your grill in three magical dimensions. Roll on November.

Previous: Baise-Moi
Next: James Wan to direct Fast and Furious 7