Cera on Board for Arrested Development Film 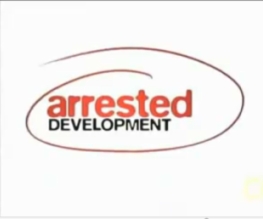 Development of an Arrested Development movie is no longer… arrested! Michael Cera – presumably bored and/or racked with shame from appearing in several cackhanded comedies over the last year – has revealed to stateside magazine US Weekly that he’s been on board to appear in the planned big screen Bluth outing.

The show, a massive hit with critics and audiences, concerned the trials and tribulations of the spoilt, overprivileged and manipulative Bluth family, owners of a real estate development company that hits the skids. Naturally enough, for a fresh, original, brilliantly acted and written, genuinely witty comedy, it was canned by the Fox Network after three seasons. Ever since the cancellation in 2006, a movie has always been on the cards, but Cera has always shied away from it – presumably he was too busy looking forward to starring in such cinematic behemoths as Year One and Nick and Nora’s Infinite Playlist. Anyhoo, that’s not the case now. Presumably ’cause he fired his agent, or something.

The rest of the cast – which includes Portia Di Rossi, Jason Bateman and David Cross – have always been keen, but Cera’s new commitment means the movie is a sure-fire goer. Oh, and snide as we are about Cera’s laughable track record for choosing his projects, the upcoming Scott Pilgrim vs. The World (directed by our very own Edgar Wright) promises to be a good ‘un.