Chloë Moretz Is The New Carrie 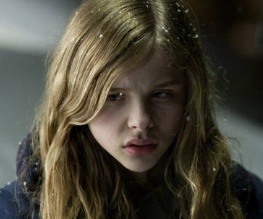 If you listen, ever so carefully, you might just hear the sound of writers scratching their heads as they sit staring at blank pages. No scripts. No new stories. What’s a production studio to do?

Remake a classic, that’s what!

But, unlike the majority of all the re-hashed film plots out there, we’re genuinely excited about the brand-new imagining of Stephen King’s Carrie.

The story is a terrifying one; a teenage girl, like many teenage girls, is relentlessly bullied by her high-school peers. And, when Carrie goes home, she finds no solace; instead, she is abused and tormented by her insane religious zealot of a mother. No wonder something inside her snaps… but can she learn to control her telekinetic powers?

15 year old starlet Chloë Moretz, oh she of Hugo and Kick Ass fame, is set to take on the titular role. And she’s going to be a-w-e-s-o-m-e. We’ve already got the chills imagining her covered in… oh, you get the picture.

Plus it’s set to be directed by Kimberly Peirce, the talented little wotsit behind Boys Don’t Cry. If ever there were a recipe for a successful reboot, this has to be it.

Do you think the new Carrie will be any good? Or are you bored of the old-film-new-cast trend