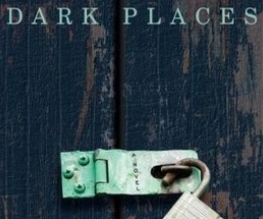 Gillian Flynn is making it big in Hollywood. David Fincher is already in the process of adapting her Gone Girl novel for the screen and now she’s managed to land not just Charlize Theron but Chloë Moretz as well for the proposed Dark Places project. So, two more or less down and just one more page-to-film conversion to go.

All we know for sure right now is the name of the character Moretz is set to play: Diondra. Some reports reveal that this is the girlfriend of Libby’s sister, a character we will come to know through a sequence of flashback scenes. Others peg her as a tacky, trashy character despite the wealthy family who seduces Libby’s brother. Which will eventually prove to be true is yet to be seen but we figure either way the character is in the safest of hands. Moretz has been kicking ass since the tender age of 13 (Kick-Ass) and chowing down on all competition ever since (Let Me In).

What we can tell you is that Dark Places is about Charlize Theron’s Libby Day, a woman who as a teenager witnessed the murder of her mother and two sisters. Believing it to be at the hands of her brother, Ben, she testifies against him. Twenty-five years later, Libby is hauled up by a secretive, crime-solving group called the Kill Club who intend on investigating the details of that night in order to uncover the truth and set Ben free.

Written and directed by Gilles Paquet-Brenner (of Sarah’s Key fame), Dark Places will be getting underway fairly quickly if the production company has anything to say about it so keep your eyes peeled!

Are you eager to see what Moretz will bring to the table? Or do you think Theron will over-shadow the young’un? Tell us your thoughts here!

Previous: G.I. Joe is getting a third film
Next: Brad Pitt thinks World War Z got ‘too political’