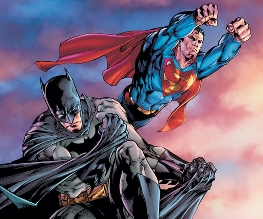 Christopher Nolan seems to have become the go-to guy when it comes to re-energizing old comic book heroes. No surprise really, what with his Dark Knight franchise and now Zack Snyder‘s Man of Steel (which he co-wrote and produced) garnering attention as this year’s runaway hit – a good 3 months before its release in June. In fact, rumour has it that Warner Bros love Nolan so much that they’re busy negotiating a deal which gives him complete control over all future DC superhero projects – the first of which may very well be a Justice League movie!

However, before you start celebrating (or rampaging), be forewarned that the go-ahead for this development will be based purely on the calculable success of Man Of Steel, the upcoming Superman reboot. Should it make it to production, Nolan & Snyder are set to continue on with their current roles for the Justice League film, Henry Cavill shall remain as Superman and Nolan’s version of Batman, who was, of course, Christian Bale, is expected to be added to the mix.

So does this mean that the neat and tidy happy-ending Nolan gave us for Dark Knight Rising was all just a hoax? Will the baleful Bale deign to reprise his role or will Joseph Gordon-Levitt take up the mantle instead? And can we assume that the reported Batman re-boot is now on hold or (hopefully!) completely off the books?

Love it or hate it, you gotta admit it’s at the very least intriguing news, and maybe even a good enough reason to check out the latest rendition of the Man of Steel.

Let the world of public opinion reign! What are your thoughts? Would you bother with another ensemble superhero endeavor? Will the team of Nolan/Snyder surpass the efforts of Whedon? Have your say!

Previous: The Hobbit journeys to $1 billion milestone
Next: ‘Red Coat Girl’ ashamed of her role in Schindler’s List?