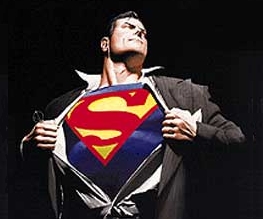 Warner Bros.’ upcoming Superman film, Man of Steel, has been a hive of interest ever since Batman rebooters Christopher Nolan and David S. Goyer signed on as creative advisor and scriptwriter respectively. There has been much in the way of rumour (see last week’s report that Jon Hamm, could be set for the title role), but little with any real weight behind it. Now, however, we finally have some firm news; Nolan’s short list of favoured directors is in and boy is it intriguing.

With Tony Scott (Man on Fire), Matt Reeves (Cloverfield and Let Me In), Jonathan Liebesman (of upcoming alien invasion film, Battle: Los Angeles), Duncan Jones (Moon), and Zack Snyder (Watchmen) all making the cut, there’s plenty of variety to choose from and – let’s be honest – most of it’s good! Ignoring Scott, who serves as the veteran among the group, there’s a lot of younger talent on show and although we’re yet to see the Liebesman’s work, him, Reeves and Jones seem great potential choices to bring Krypton’s last son down to earth. Snyder already had a go at classic comic book material with Watchmen, so why not let one of the new kids have stab?

But, of course, it isn’t up to us. With reports that Nolan will submit his choice to the studio within the next few weeks and with Warner Bros. needing to get The Man of Steel made before 2013, lest they lose the rights to the iconic character, it’s likely we’ll find out the final choice soon. Sounds super to us!

Update: Zack Snyder has now been confirmed to direct!

Previous: The Kid
Next: Stanley Kubrick’s “unwatchable” film to be restored and released