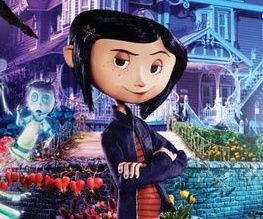 We wonder how often it is that the almighty Mouse House comes crawling back to someone they’ve fired? Henry Selik, creator of Coraline, has agreed to work for Disney after being let go by them some years back. So what happened?

Selik’s first project with Disney was directing the wonderful stop-motion classic The Nightmare Before Christmas in 1993 – a project that continues to rake in money for the big dogs at Disney. After that, he helmed the less successful James And The Giant Peach – it was such a disappointment that the global company decided stop-motion was over. They shut down the department and Selik was thrown out, naked, alone and very possibly on fire (facts may have been exaggerated for effect).

However, with the massive success of projects like The Princess And The Frog and Coraline, it appears that Disney are ready to start taking chances on techniques other than just CGI-ing the shit out of every idea they have. Selik has been welcomed back with open arms, with promises of creative freedom and the help of the head honchos at Pixar, should he need it. Who says you can’t beat the system?

Are we gonna be seeing the new age of cinematic diversity? Or is stop-motion just the flavour of the month? Let us know what you think below!

Previous: Fight Club
Next: Are you dreaming of a Green Christmas?

Tags :CoralineDisneyHenry SelikhotteststoryJames And The Giant PeachMouse HouseThe Nightmare Before ChristmasThe Princess and The Frog