Could Colin Firth be the villain of Spike Lee’s Oldboy remake? 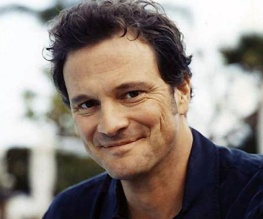 Y U SO CRAZY, Spike Lee? The director of Miracle at St Anna and probably some other stuff is reportedly about to make his unnecessary remake of cult Korean film Oldboy even more utterly mental – he’s offered the role of primary antagonist ‘Adrian’ (previously toyed with by Christian ‘ever so busy’ Bale) to none other than Lovable Colin Firth.

Yep. Just to recap, that would mean that Colin – a superb actor, to be sure, but one with a definite propensity for playing ‘stuffy upper-class Englishmen with very well-starched shirts and an infinite supply of Snooty’ – would be in charge of locking Josh Brolin in a room for fifteen years. We think Spike just wants someone to swoon over now Rooney Mara has unceremoniously ditched the project – still, we sort of think that about everything Colin-related. Is there any way, any way at all that this film could be more disreputable?

How would you like to see Spike Lee erode his credibility next? Perhaps he could join the Seventh Day Adventists or shit on a goose! Let us know below.