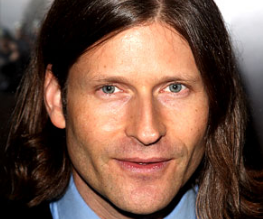 Breaking news about oddball Crispin Glover. After a bit of a hiatus from our screens the kooky Back To The Future actor has signed up to be in new indie thriller Motel alongside Robert De Niro, John Cusack and Sticky Fingaz (who?).

The film is a tense crime thriller about a hitman (Cusack) who is on a job after being hired by an evil boss leader (De Niro). The assassin soon realises that he has to fight off a whole host of other crazy killers in a motel and team up with some woman (Rebecca Da Costa) to plan his escape. Huh? Huh? Huh? Is it just us or does none of that seem to make any sense? Well, it does have John Cusack as the main lead so it is bound to be painfully overcomplicated and ultimately pants.

There is no word on who Glover will be playing so far. Probably someone strange though. The script appears to have been originally written by James Russo (who is 100% responsible for totally dire, Cameron Diaz shocker The Box) and has since been heavily rewritten (warning lights already flashing) by Paul Conway, who hasn’t done anything since 2006…

Oh dear. Still we still hold some faith in Crispin Glover and here is hoping he will bring some much needed charisma to this project. Who know, perhaps Sticky Fingaz (sic) might be good but I wouldn’t hold your breath. http://credit-n.ru/offers-zaim/mgnovennye-zaimy-na-kartu-bez-otkazov-kredito24.html http://credit-n.ru/kurs-cb.html