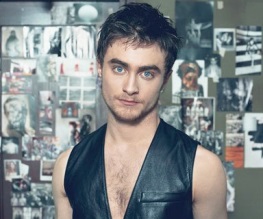 The latest biopic to roll onto the production line like some e-coli infested burger coming out of a factory suspiciously surrounded by the carcasses of rotting horses (and probably squirrels too) focuses on Sebastian Coe. Oh, y’all know him, the coprophagic Tory who thinks the Olympics will mean kids won’t riot anymore.

Daniel “Still rubbish in literally every Harry Potter film and no amount of getting your nads out on stage will make us forget” Radcliffe is in line to play Coe in the film, which focuses on his rivalry with Steve Ovett. Who? Who indeed. Because runners don’t have rivalries do they. Apparently their “rivalry” ended because Ovett had respiratory problems – good luck jazzing that one up, James Watkins (the chump-dicked Woman in Black director who’s presumably DECIDED to helm this film). Expect, I dunno, dramatic shots of Ovett wheezing and struggling to climb stairs – “I canny do it nay more lass, I just canny, Coe’s got it, I’ma naarthin'” – I don’t know if he’s Northern. Christ. Rush was bad enough. What the actual hell is this?

Have you seen that Malcolm in the Middle episode where Hal starts power-walking and there’s another dad who’s slightly faster? That. That’s what this film is, except Bryan Cranston won’t even be in it so who cares?

If this film were to be food it would be stale tesco-value white bread with a thin smear of that weird chicken paste from a jar smeared atop it. Bland, pointless, all the while thinking “I wish I was dead, I actually think I’d prefer to be dead.”

Previous: X-Men: Days of Future Past gets a trailer
Next: The Wolf of Wall Street gets a brilliant new trailer