Dawn of the Planet of the Apes losing director? 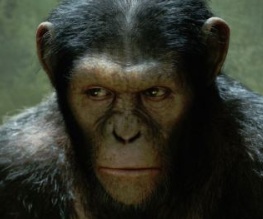 Last year’s Rise Of The Planet Of The Apes was arguably the most pleasant surprise of the 2011 film calender. Taking a dead franchise – and one that has become a bit of a laughing stock due to its men-in-monkey-suits effects (however well the actual film is still regarded) – director Rupert Wyatt managed to weave a coherent, tense, intelligent and technically jaw-dropping movie.

So reports that Wyatt may be leaving the rapidly green-lit sequel are extremely disheartening. Titled Dawn Of The Planet Of The Apes, Fox is looking to keep the franchise swinging before momentum drops, and wants Wyatt to have the film ready for release in May 2014. Wyatt, however, does not want to be rushed, and is adamant that he needs more time to create the best possible product. Good for him, we say! But then, Hollywood is a business, and we can see why Fox would want to get the sequel to a film that took around $480million (on a budget of just $93million) released sooner rather than later.

With another revolutionary mo-cap performance by Andy Serkis as Caesar, the genetically enhanced ape who starts his own revolution, ROTPOTA was another landmark advance in CGI, and with so many effects shots going into these films (and there are likely to be even more now that Caesar’s army has expanded), you would hope that Fox would allow Wyatt the time for his team to complete their work. If not, and it is indeed true that Wyatt is walking away from the project, then Fox will need to find a replacement fairly quickly.

With the ground-work done in the first film, the second potentially promises more fun, as the ‘Dawn’ of the title implies that we will see the world moving towards the post-apocalyptic nightmare of the original Planet of the Apes (fun being a relative term, then), and there are likely to be plenty of directors interesting in taking the reins.

For our money, Chronicle director Josh Trank would be a good option; he’s proven that he can do wonders with CGI on a shoe-string budget (and that string will be significantly thicker here), and his dark, brooding super-hero movie displayed a tone that a world-falling apart would suit, not to mention that he never lost sight of the characters amidst the action.