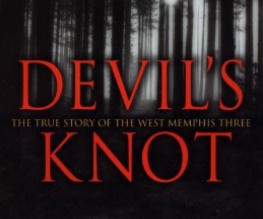 Ready for some grim themed horror? Well you bloody better be because the filming has started. Down in the deep south of America (scary already) in 1994 three teenage boys were accused of murder. The savage nature of the crime sparked one of the most controversial trials in US history, but fear not as Colin Firth is on hand to sort it all out!

The film is based on the book of the same name by investigative journalist Mara Leveritt and is about the true story of the murder of three young boys apparently as part of a satanic ritual. Three teenagers (known as The West Memphis Three) were sentenced to life imprisonment for the crime (one was sentenced to death), but the case made headlines again in 2011 when they were all acquitted after eighteen years on a sentence of time served when new DNA evidence came to light. In the film, Colin Firth plays an investigator hired to look into the case, whilst Reese Witherspoon is the mother to one of the victims.

Fun stuff, eh? Witherspoon won’t be able to fuzzy rom-com her way through this one. Unless they really take a few liberties with the facts… Although liberties with the facts might exactly be what we end up getting considering that the writers of The Exorcism of Emily Rose have also penned this film. Clearly not being satisfied with trivialising the death of one teenager and the subsequent painful trial, writers Paul Harris Boardman and Scott Derrickson are keen to rewrite the deaths of three more children in their own style.

The film is being directed by Atom Egoyan who we already dislike for having such a stupid first name. Well, up and Atom, Egoyan. Go and get this movie in the can! Watch out for Reese Witherspoon’s chin though…you might hurt yourself. http://credit-n.ru/microzaymi-blog-single.html http://credit-n.ru/potreb-kredit.html

Previous: Yet more TV spots for the Dark Knight Rises!
Next: Best For Film’s Favourite Flicks #2 – How To Train Your Dragon