Disney’s Planes ALSO gets a trailer 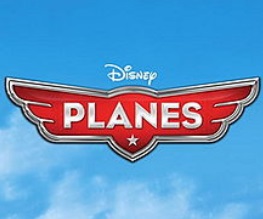 We’ve all been wondering what wonders Disney had hidden up their sleeves for their next trick (don’t lie – we know you have too), so we were pretty excited when we spotted they’d released a trailer for new film Planes. Yup, as in, it’s about planes. Anthropomorphic planes. A bit like Cars, y’know?

In fact, it’s not just LIKE Cars – this is the certified spin-off. Although it’s obviously going to be far superior, as it stars Top Gun faves Val Kilmer and Anthony Edwards. Not as pilots. As planes. Everyone is a plane. You get the picture, I imagine.

The story follows Dusty (Dane Cook), a humble cropdusting plane with big dreams. This little farmboy wants to compete in a famous aerial race someday – too bad he’s got a pretty serious vertigo problem. We imagine being a plane being afraid of heights is a little like a human being afraid of breathing in oxygen; it’s pretty imperative to our daily lives.

However Dusty is in luck as, like every kid with a dream (Hercules, Luke Skywalker, the boy from Karate Kid), he’s got mentor Skipper (Stacey Leach) on hand to coach him through all those little pitfalls. Throw in the likes of John Cleese, Teri Hatcher, Cedric the Entertainer and Brad Garrett and you have a recipe for sky-high success.

Check out the trailer for yourselves:

We doubt planes have been this exciting since that time Gerard Depardieu was on a plane and needed a piss, so he pissed all over the plane. Rememebr that? Good times.

Are you excited for Disney Pixar’s Planes? We bet you are.

Previous: Orange(Wednesday)s and Lemons #107
Next: The Gatekeepers