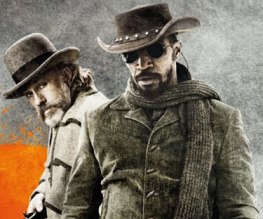 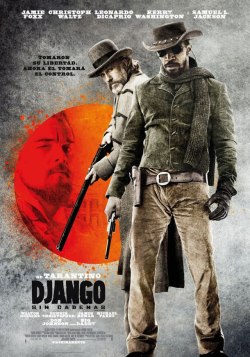 Well, we’re sold. The blood orange spotlight does more than focus in on Leonardo DiCaprio’s Calvin Candy, recalling everything from the Japanese flag (“Very cruel race” – Bridget Jones’ mum) to the iconic Bond muzzle shot with a hefty dose of blazing Western sun thrown in. And the strapline – “They took his freedom. Now he will take control” – is nicely structured, if a bit more try-hard than we’re used to in the English-speaking and largely Tarantino-worshipping world. Django Unchained may represent a new direction for Quentin Tarantino, but he’s certainly happy to trade on his past successes as surety for his directorial skill.

Do you like the new poster for Django Unchained? Let us know below!