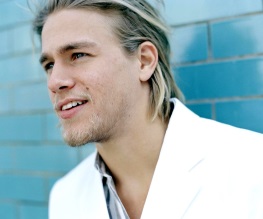 Well, this is unexpected. Charlie Hunnam – best known for Sons of Anarchy and, latterly, for inexplicably signing up to play deep-pocketed sadist Christian Grey – has bailed on the Fifty Shades of Grey film that is, lest we forget, due out next summer.

Claiming work conflicts (there’s an expression for “I finally read the book and it’s AWFUL. Did you know it’s awful?” we’ve never heard before), Hunnam has stepped out of the Red Room and left the adaptation of EL James’ dreadful toss without its lead. We can’t really imagine anyone being stupid enough to accept the role – particularly not now, with a July 2014 release date looming and the prospect of being second choice to Charlie ‘who?’ Hunnam on the horizon – but then again, Corey Feldman doesn’t get much work any more. We’ll see.

Who would you like to see as Christian Grey? A fundamentalist who will blow up the set? Us too.