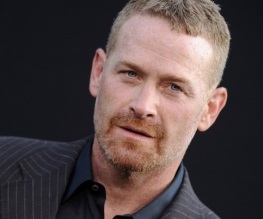 The latest schmuck to throw his hat, credibility and future career into the ring (OF DEATH) is Max Martini, a professional nobody whose career seems to have peaked with a small role in Saving Private Ryan (although he’s very clear to remind people that he was in Pacific Rim, probably as a corpse). He’ll be playing Jason Taylor, the taciturn head of Christian Grey’s bodyguard detail. Ooh.

Martini joins Dakota Johnson, Jamie Dornan and, bafflingly, Jennifer Ehle in the adaptation of EL James’ sticky-fingered, looks-liberated-but-it’s-just-lonely orgasmic damp squib of a novel, due out far too bloody soon. We couldn’t give less of a toss. (Although we do seem to keep writing about it.)