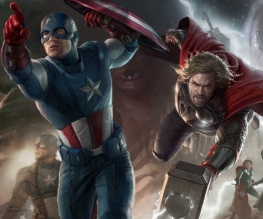 OK, before we get into this, it’s probably important to say two things: the quality of the following video isn’t particularly spectacular, and if you’ve been foaming at the teeth about Captain America, it’s best not to watch it, as it contains some after-credits scenes from the CA film. And no, it won’t ruin the film for you, but still. It’s not quite the same, is it?

So, as we all know, in 2012 the Marvel empire comes together for the ridiculously anticipated The Avengers. And it looks like we’re treated to a wee teaser post Captain America. Look look: