First trailer for The Bourne Legacy 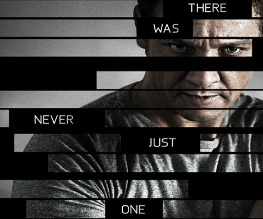 So, it’s finally here, our first look at Jeremey Renner as the replacement for Matt Damon’s amnesiac agent. The teaser trailer for the fourth in the Bourne series has been deployed and how does it fare? Pretty bloody well, it turns out. Though we weren’t sure what was going to happen when writer Tony Gilroy was placed in the director’s chair, it looks like he’s got a fairly firm grip on proceedings. And as for Renner? Well, he’s got a fairly firm grip on a fire extinguisher that’s about to BLOW UP AN ENTIRE THING, so that’s important.

Take a look, and prepare to say a cheerful, blood-stained hello to all the old gang. And Ed Norton. There’s always space for Ed Norton.

Albert Finney! Joan Allen! David Strathairn! Scott Glenn! It’s good to see you again. Ed, Oscar Isaac, Rachel Weisz – time to prove your worth to the CIA. So Legacy picks up where Ultimatum left off, with Jason Bourne moving aside for an agent even more dangerous – Kenneth Kitson. Cath Kidston’s infinitely more terrifing brother. That’s basically all we need to know for now, and the message is loud and clear: THIS FILM WILL BE EVEN BLASTIER, PROMISE. We’re intrigued. Will we end up missing the dreamy team of Damon and Paul Greengrass? Or is this some much needed new blood? Bring it on, Renner. What else you got?