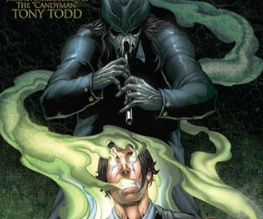 Hollywood loves drawing on twisted old fables for inspiration, so perhaps it was inevitable that the traditional tale of the Pied Piper and his irresistible music would one day charm its way onto the big screen.

However, according to the developers- Persistent Entertainment, Pantry Films and Zenescope Entertainment – the story is getting a serious 21st century kick in the pants. After all, a story of loads of rats and kids going for a swim (or whatever) doesn’t exactly scream Oscar nominations. Instead, the makers have decided to go with comic Zenescope’s version of the tale – a high school band geek, tired of the bullies and the constant pant wetting decides to channel the evil spirit of the Pied Piper in order to wreck terrible (hopefully rat-based) revenge.

As the script hasn’t been written yet, that’s all we can tell you story-wise, but judging by Persistent Entertainment’s previous releases- the pretty terrible Southend Tales and the upcoming and rather dubious sounding Nailed with Jessica Biel – it’s too early to get excited. However, the cover of the comic-book itself makes it look like a tale where Davy Jones sucks ghosts out of magicians’ faces with his rat pals. So fingers bloody crossed they stay true to that.

Previous: Directorial Flap Over Birds Remake
Next: A Third Film? This Is Getting Riddick-ulous