Friday the 13th 2: Resurrection, or something 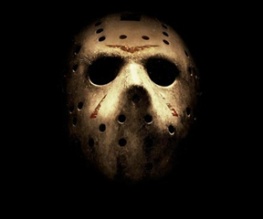 Just when you thought that the world was safe from the dreaded 80s horror pastiche, Platinum Dunes’ producer Brad Fuller took to Twitter late last week to disseminate a shocking revelation: “I want to set the record straight on Freddy and Jason… First, let’s talk Jason. [Damian] Shannon and [Mark] Swift wrote a great script. We are ready to go, when New Line is ready. But as of yet, they are not ready.”

So, contrary to Fuller’s claims last year that a Friday the 13th reboot was “dead”, it looks as though a grisly resurrection of lame imitations lurks somewhere in the distant, unfortunate future.

Did you really think that Jason Voorhees was resting in putrid, permanent peace? Fools. You can’t kill a character that theoretically died nearly thirty years ago. That’s directorial double jeopardy… unless you’re Samuel Bayers, that is. After Bayers’ truly nightmarish Nightmare on Elm Street concoction (yes, courtesy of Platinum Dunes), Freddy Krueger is pretty much defiled, dead and buried – or at least the version that garnered any healthy, blood-curdling respect.

Good luck, Jason. Freddy may be a goner, but the corporate-ordered remake monster is alive and kicking.