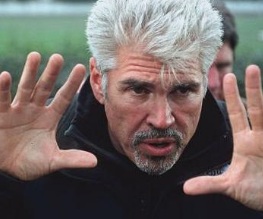 Gary Ross scored big blockbuster kudos with hit film The Hunger Games and now he seems set to turn our worlds upside-down once again with a brand-new Peter Pan adaptation.

So many Peter Pan adaptations, so little time. How many ways can we REALLY talk about the boy who refused to grow up, sneaked into little girls bedrooms and spirited them away to a life of enforced domestic slavery upon his secret island in the sky?

Ross is focusing on Disney’s prequel to the J.M. Barrie tale, dubbed Peter And The Starcatchers, in which our leaf-clad hero leads a group of orphans to work as servants for King Zarboff.

Obviously, Peter accidentally winds up on a pirate ship (WILL YOU NEVER LEARN, PETER?) with Molly, an apprentice Starcatcher. Can the pair work together to keep the cryptically named “starstufff” away from the King and Black Stache?

Probably. And, as it’s Gary ‘Hunger Games’ Ross, we have a strong feeling that – despite being a children’s flick – plenty of those innocent orphans will pick up arms, go to battle and die. Horribly.

Production is predicted to begin in 2013 and we’re genuinely excited to see what Ross can bring to the story, which has already been adapted for Broadway.

Are you looking forward to ‘Peter And The Starcatchers’?